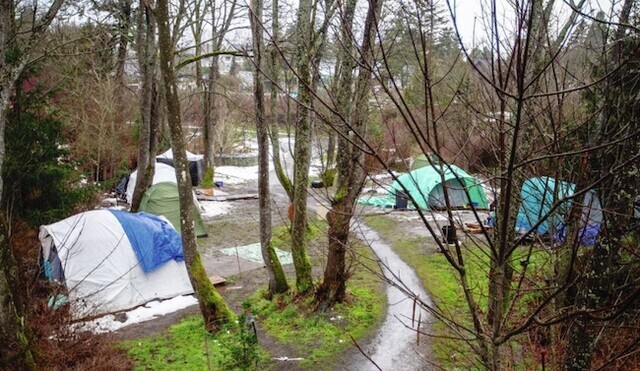 The British Columbia government and the City of Victoria have signed an agreement that commits to ending current and future homeless encampments in local parks.

David Eby, the minister responsible for housing, says the memorandum of understanding reached with Victoria council formalizes the commitment to find indoor shelter for people living in parks and ravines.

He says the agreement lays out the roles and responsibilities of the province and city to find indoor living spaces for those camped out in public areas by April 30.

Eby announced an agreement earlier this month on securing more than 200 living spaces for people staying in Victoria's parks and other outdoor locations.

Victoria council voted last week to reinstate a bylaw that requires people camping in parks to pack their belongings by 7 a.m. after it eased restrictions last year because the pandemic forced shelters to reduce available beds.

Victoria's Beacon Hill Park has been the site of a tent encampment of homeless people that has grown during the pandemic, bringing with it crime and community resentment.