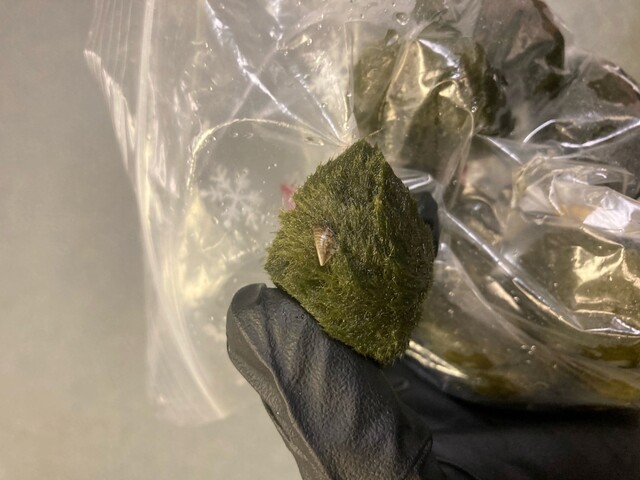 The B.C. Conservation Officer Service is urging the owners of aquariums featuring moss balls to inspect their tanks for invasive zebra mussels.

The BCCOS says a woman in Terrace, B.C. discovered the mussels inside her aquarium this weekend. She inspected her tank following a BCCOS alert after mussel-found moss balls were recently discovered in a pet store in the United States.

Marimo moss balls are one of the most commonly kept plants in the aquarium hobby and are widely available for purchase online and in many pet stores.

The BCCOS aquatic invasive species team is now spending the weekend notifying and inspecting plant and pet stores across B.C. to determine the extent of the issue.

“We ask the public to please inspect their aquarium moss balls for any potential zebra mussels. If you think you have found a zebra mussel, please call the RAPP line at 1-877-952-7277,” the BCCOS said on Facebook.

To safely dispose of contaminated moss balls you should freeze the ball for at least 24 hours or boil it for a full minute.

“After this, place the moss ball and any of its packaging in a sealed plastic bag and dispose in the trash. Please do not flush moss balls down the toilet or dispose of them in the compost. Never dump aquarium tank pets, plants or water into any residential water system or B.C. waterway,” BCCOS said.

Provincial and local governments have been spending millions of dollars to keep invasive mussels out of B.C. waterways. Previous studies have shown an invasive mussel infestation would cost the Okanagan at least $42 million annually to just manage.