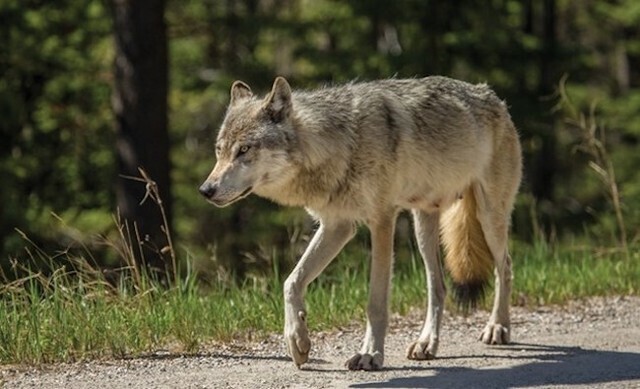 The provincial government is making changes to the Wildlife Act that appear to be an attempt to circumvent legal arguments against B.C.’s wolf cull, says the lawyer representing an environmental group that lodged a lawsuit against the province’s cull.

Rebeka Breder, an animal-law lawyer who is representing Pacific Wild in a lawsuit against the province over the wolf cull, said changes to regulations in the act appear to be a response to arguments made in the suit that the way in which the cull is conducted is unlawful.

“I think they realize that we’re right in our legal arguments, at least the ones we had at the time of filing, and that their legislation needs a lot of work,” Breder said.

The cull involves hunting wolves from helicopters, which the province says is done by wildlife officers or “contractors who are highly skilled and trained in dealing with wildlife.”

But Breder said that the province’s regulations contradict federal aviation security laws, which prohibit access to firearms in an aircraft, with some exceptions.

“But none of those exceptions that are set out in the federal legislation apply to having essentially civilians killing wolves, even if they’re contracted by the government,” she said.

The province seems to be trying to legislate around the federal laws, Breder said.

Permitting armed civilians to shoot wolves from commercial aircraft is outside of the province’s jurisdiction, said Bryce Casavant, who was retained by Pacific Wild to do a file review and analysis of the wolf cull as a researcher.

“There’s no training or certification regime in Canada to allow civilians to be armed on an aircraft,” said Casavant, who is a certified federal firearms instructor and former conservation officer.

The Ministry of Forests, Lands, Natural Resource Operations and Rural Development did not answer questions about the specific changes being made to regulations or the reasons, but said in a statement the wolf cull has been delayed this year, because “a technicality in the language related to permit regulations was discovered. The cull will proceed once the regulation amendments and subsequent exemption permits have been completed.”

The culling of wolves has been at the centre of controversy for years, with the province defending the practice as an effective way to protect declining caribou populations.

“Based on five years of research on wolf reduction in the central group of southern mountain caribou, we know that predator control has immediate, positive impacts on caribou populations,” a ministry spokesman said in an email.

But some people question the science of the cull, pointing to the loss of habitat as the cause for declining numbers.

A 2020 paper published in the international journal Biodiversity and Conservation, found that addressing potential threats from wolves did not slow the loss of mountain caribou in B.C. and Alberta, and that the government-sponsored cull has had “no detectable effect” on reversing the decline of endangered caribou populations.

Breder said despite recent changes to provincial regulations, she believes there is still a strong legal argument against the cull.

A date for the hearing has not yet been set.