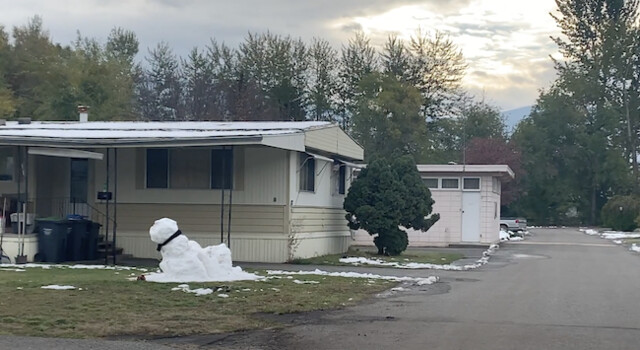 A new report from BC Hydro has revealed mobile homes use much more electricity compared to other homes, for a variety of reasons.

Many British Columbians who live in mobile homes are elderly or low-income and a new report called ‘Mobiles and megawatts: Why mobile homes use the most electricity’ reveals the disadvantage that these residents have, compared to people living in other types of homes.

Mobile homes are similar to most apartments in size, however their overall energy usage is closer to that of duplexes or townhomes that are nearly double the square feet.

More than 70,000 BC Hydro customers are living in mobile homes, making it one of the highest concentrations in Canada with the largest proportion being the Southern Interior.

More than 60 per cent of mobile home residents in B.C. are over the age of 60.

Limited insulation options and inefficient heating and cooling behaviours are to blame for high electricity usage in mobile homes. Approximately 20 per cent of people living in mobile homes use portable space heaters which is one of the most expensive ways to heat a house.

Additionally, 85 per cent of mobile home residents open their windows at least some of the time to regulate temperature swings inside their homes. Data from BC Hydro also reveals more than half of the mobile home customers use cooling systems in the summer, which is higher than other dwelling types.

Lots of residents will use portable air conditioners that use 10 times more energy than a central air conditioning system or heat pump. In the winter heating can account for up to half of a BC Hydro bill.

When it comes to conserving electricity and saving money, 75 per cent of those living in mobile homes want to achieve this, but they are concerned with how much it will cost and/or they don’t know how to begin the process.

BC Hydro provides rebates, programs and tools to customers who want to save energy and money.