Time to step back: Dr. Henry 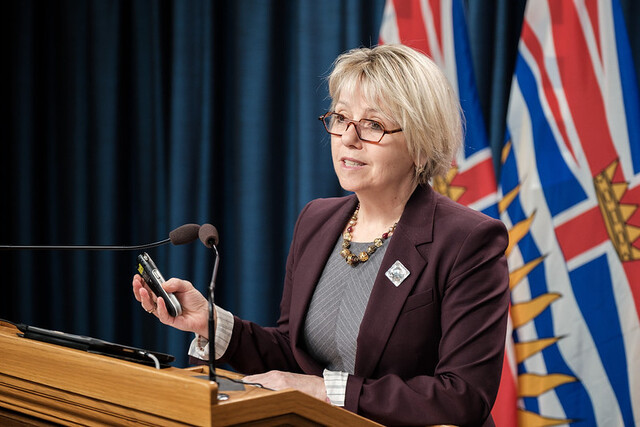 Another 1,130 new cases of the virus were identified in the province over the past two days, the majority of which came from the Fraser Health and Vancouver Coastal Health regions.

During Thursday's press conference, Dr. Henry said despite the hiring of hundreds of new contact tracers, they're being stretched thin in the Metro Vancouver area.

“Our ability in public health to find everybody in a timely way, particularly in Fraser Health and Vancouver Coastal regions, has put stretched to the max and we are falling a little bit behind,” Dr. Henry said.

“We need to get our social interactions back to those levels where our public health contact tracing can control the spread. That is in our hands.”

She noted that the goal is not get the number of cases down to zero, as that won't be possible until a vaccine is developed and distributed, but to control its spread. Dr. Henry said a vaccine is expected sometime next year.

“We need to find ways to live with [the virus] without putting people at risk, particularly our seniors and our elders,” she said. “We are in a challenging time, perhaps the most challenging time of this pandemic."

Social interactions in households and other gatherings continue to be the primary source of transmission across the province. But in recent weeks, this transmission has started to spread to older British Columbians.

“We're starting to see young people again driving infections in the province, whether it's through social interactions primarily, whether it's through work interactions, and what we're seeing now is spill over into older age groups,” Dr. Henry said. “Once again, we're starting to see spill over into long-term care homes where we know its an older population that are more likely to have severe illness.”

As of Thursday, 155 people were hospitalized with the virus, 44 of whom are in ICU.

“That's our signal, it's time to step back. We have to step back from our social interactions so we can protect our community's health and wellness in the long term,” she said.

Dr. Henry noted that as public health officials are learning more about the virus, and as the virus appears to spread easier in cooler weather, some businesses COVID-19 plans are not adequate. Last weekend, she ordered all indoor fitness businesses in the Lower Mainland to close, as the virus was spreading rapidly in those environments. 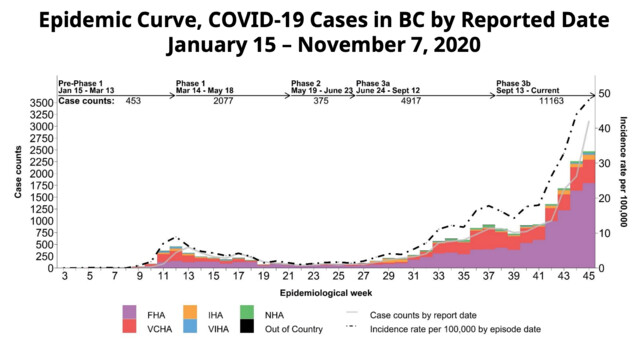