Six BC NDP cabinet now say they're not seeking re-election 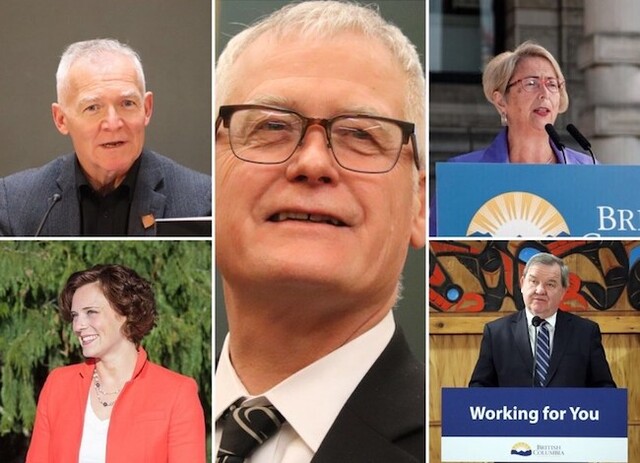 Within a one week span, five B.C. cabinet ministers have decided to call it a career once their current term is up.

Judy Darcy is the latest NDP MLA to not seek another term as talks of a possible snap provincial election is up in the air. She joins Doug Donaldson, Scott Fraser, Michelle Mungall and Shane Simpson in announcing a decision to not seek re-election.

Carole James also said she won't be running for office back in March.

However, Darcy says her decision is not because the campaign will take place during the COVID-19 pandemic.

“Would I be happy to do it for another couple of years? Absolutely. But when you commit, you commit for four years. I will be 75 in four years. I’m turning 71 in November, so I will be 75. I know I don’t have four more years in me.”

She served as the B.C. NDP’s health critic during the party’s time in opposition, and she was appointed as British Columbia and Canada’s first-ever minister of mental health and addictions after the NDP formed government in July 2017.

The decisions come amid talk of a possible provincial election.

Premier John Horgan said recently that the circumstances have changed since the NDP struck an agreement with the Green caucus three years ago to form a minority government, fuelling speculation that he might call an election ahead of the fixed date next fall.

Earlier this week, Green Leader Sonia Furstenau said the government should focus on fighting the COVID-19 pandemic and overdose deaths instead of mulling an early election call.

Donaldson has served three terms for the Stikine riding in northwest B.C., spending the last three years as Forests Minister

Mungall was first elected to office in 2009 for the Nelson-Creston riding, began her 2017 term as Energy and Mines Minister before being shuffled to Jobs and Economic Development in January.

She said she wants to spend more time with her family, including her two-year-old son.

Simpson assumed the Vancouver-Hastings office in 2005 and has gone for four terms since, serving as Social Development and Poverty Reduction Minister under Horgan's government.