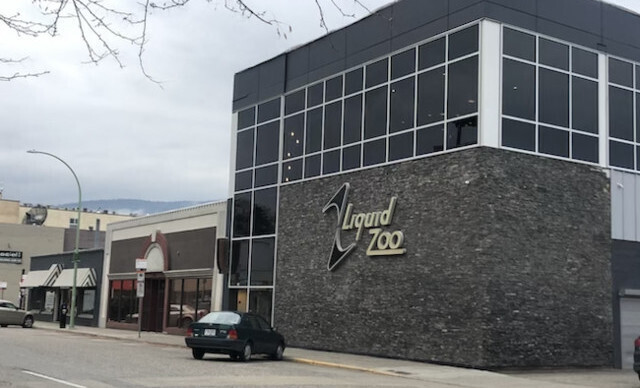 All nightclubs and banquet halls were ordered to close by Dr. Bonnie Henry Tuesday, but what exactly qualifies as a nightclub under the order? It's not as cut and dry as it might seem.

When pressed on the matter during the COVID-19 press conference Tuesday, Dr. Henry said "it's complicated."

"Some nightclubs have taken this to heart earlier on when they had outbreaks and they have pivoted their business model to be more like a restaurant, and those are able to stay open. So I can't give you an exact description, but it's really those venues that sole purpose is really entertainment and drinking and they have limited food options.”

Kelowna's Liquid Zoo and Gotham Nightclub have been in operation for much of the summer.

Dr. Henry acknowledged the new order will be "challenging" for the impacted businesses, after these establishments reopened last spring under new mandated measures. She said owners and staff at most bars, restaurants and clubs have done their best to follow the guidelines put in place in May.

“Those types of venues are too risky, and that is where we're seeing quite a lot of transmission, particularly in the Lower Mainland, and then its spreading to other parts of the province as people travel or go and have other parties or get togethers with friends," Dr. Henry added.

In addition to the closure of clubs and banquet halls, liquor service at bars and restaurants must now end by 10 p.m., while these establishments must close by 11 p.m. Restaurants that serve only their full food menu will be permitted to remain open past 11.

Dr. Henry also added a new order that will limit the volume of music and TVs in bars and restaurants to below the volume of "normal conversation."

As the number of confirmed cases of COVID-19 continue to rise in British Columbia, to unprecedented levels, new restrictions on bars and restaurants have been put in place, while nightclubs and banquet halls have been closed entirely.

Dr. Henry has also ordered the immediate closure of all nightclubs and banquet halls.

Additionally, a public health order has been put in place to ensure all music and television volumes in bars and restaurants must be kept to below “normal conversation” levels, in effort to keep patrons and staff from needing to raise their voice in establishments.

While the new orders have come into place Tuesday, Dr. Henry says there will be a "grace period" over the next day or two, to allow establishments to adjust.

These new restrictions come after 429 new cases of the virus were identified in the province since Friday, bringing the total active cases to 1,386.

Dr. Henry said these growing cases have been largely fuelled by the use of alcohol at private parties, nightclubs and other similar environments. She said we are now seeing these cases spill over into “other parts of the community,” and the government has been using many contract tracing resources related to these exposures.

After restaurants, bars and nightclubs were ordered closed to in-house dining back on March 20 due to the COVID-19 pandemic, they were allowed to reopen under certain measures in May, after new cases flattened out. Since late July, new cases have risen steadily, largely in the Lower Mainland.

Back in July, a COVID-19 exposure event was reported at Kelowna's Liquid Zoo club. Other exposures were also reported at several Kelowna restaurants as well.

Three new exposure events were announced at Vancouver bars and clubs over the past weekend.

Dr. Henry says they are working to find a balance that will allow British Columbians to live with COVID-19 over “the next few months to a year.”