Police in helicopter spot field of cannabis outside Lytton 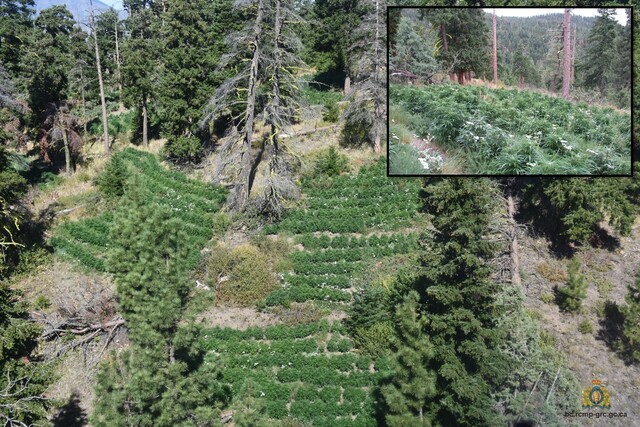 Officers in RCMP helicopter Air 4 discovered a "sizeable" field of cannabis growing near the Fraser Valley town on Aug. 28, according to a press release.

Since it was difficult to reach police decided to head out on Saturday (Aug. 29) to dismantle the operation. Care was taken as often sites like it have traps, the RCMP said.

"Given the remoteness of the location, our front line Lytton RCMP officers were flown in and out of the site by our RCMP helicopter, which was integral in safely dismantling this seemingly illegal Cannabis grow operation," says Lytton commander Sgt. Curtis Davis.

In total police seized more than 5,200 pounds of cannabis plants from the site. Police did not announce any arrests in conjunction with the discovery.