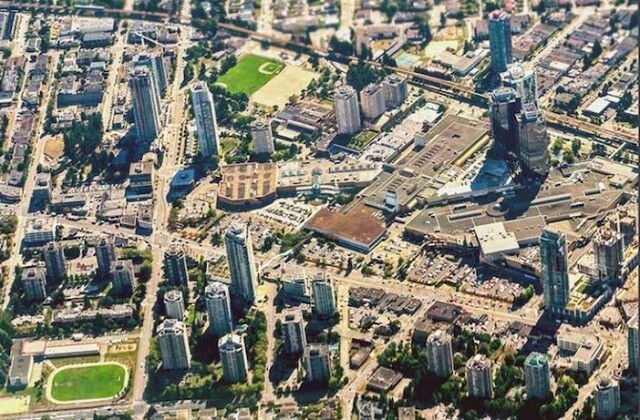 With the City of Burnaby looking at making radical changes to the Metrotown area – creating a new city downtown core from scratch – Metro Vancouver’s “Condo King” had some words about where this area sits right now.

Bob Rennie, one of the nation’s most successful developers, had harsh words for Metrotown’s development over the years.

Rennie said Burnaby’s attempts at making Metrotown a “downtown” have been a failure in many ways.

“Metrotown wanted to be our second downtown,” Rennie said. “It is not liveable, it is not walkable - it’s a hodge podge the way it was put together.”

But changes are afoot for the area.

In fall of 2019, the city announced it was forging ahead with a plan to create a downtown core from scratch. The process will eventually see many new highrises, plazas, parks and streets built to replace the Metropolis at Metrotown shopping centre – but Canada’s third-busiest mall isn’t going anywhere anytime soon.

Staff are working on a master plan for the 46-acre lot, currently home to some 1.7 million square feet of retail space. If approved, planning staff will begin working with developer Ivanhoe Cambridge on a plan that could take 80 years or longer to fully implement.

The master plan will provide more detail to the city’s existing 2017 Metrotown Downtown Plan, which laid out a vision for a densely populated urban core with commercial, residential, institutional and public amenities in close proximity.

The plan calls for the existing mall site to be bisected by several new streets lined with new buildings of various heights with street-facing podiums that would essentially turn the mall “inside out,” Burnaby’s director of planning and building Ed Kozak said in 2019.

As for what, exactly, the area will look like years down the road, Kozak said he had few details he could share but said, “There will be many buildings and they will be tall.”

The site subjected to the new master plan includes a portion of the former Sears site next to the mall. Concord has already submitted plans to build six residential towers on the adjacent site ranging from 35 to 65 storeys.

The plan follows a recent trend in urban planning that does away with traditional “fortress-like” malls, he said.

“There's this move away from the exclusively internalized mall model to one that's more outwardly oriented and one that has a relationship to the streets that are around it,” Kozak said.