Oil price plunge has knock-on effects for BC natural gas 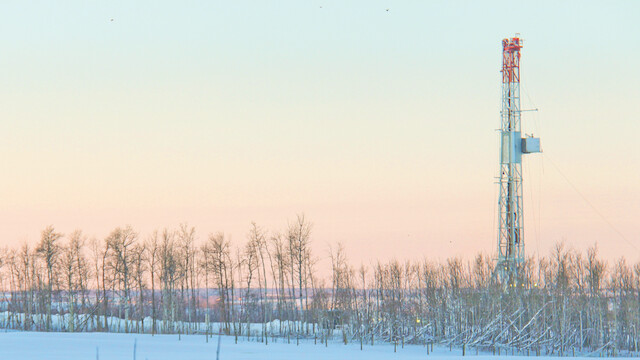 B.C. doesn’t produce a lot of oil, but it does produce natural gas and natural gas liquids, so a sustained oil price plunge could have knock-on effects for natural gas production in northeastern B.C., analysts say.

And it could see the postponement of final investment decisions for new liquefied natural gas (LNG) projects around the world.

“There are a tonne of moving parts, which makes it really difficult to predict,” said Brad Hayes, president of Petral Roberts Consultants.

On Friday, federal Finance Minister Bill Morneau announced a $10 billion aid package for businesses affected by the COVID-19 virus, which has an an impact on global oil prices.

"This announcement is an important step to helping sustain the oil and natural gas industry as one of the key drivers of the Canadian economy," said Tim McMillan, president of the Canadian Association of Petroleum Producers.

The oil price plunge is a bit of a good news, bad news story for natural gas producers.

But lower oil prices could ultimately have an impact on new LNG projects that have not yet been sanctioned. The last time there was a global oil price plunge, final investment decisions on large new LNG projects were deferred, including the FID for the $40 billion LNG Canada project.

That project is now well underway, and not expected to be affected by a slide in either oil or LNG prices. But sustained low oil prices could have an impact on LNG contract prices in Asia, and could result in some deferred sanctioning decisions, analysts warn.

“As the LNG-Brent linkage fundamentals look more and more challenged, you would expect to see LNG projects delayed. For the long-term big FID projects, you’re just going to see a lot of companies operate with prudence.”

Hayes thinks companies behind projects like Woodfibre LNG will take a wait-and-see approach before making any decisions, one way or another, on sanctioning.

It may be that either Russia or Saudi Arabia will blink in the coming weeks, and restore a bit of sanity to the global oil market by agreeing that no one wins when oil prices are so low that no one is profiting.

For many producers operating in B.C., natural gas is something of a byproduct. Their main commodities are natural gas liquids, like propane and condensate, which do have some linkage to oil prices, said Jihad Traya, an energy analyst for Solomon and Associates.

“A big component of natural gas drilling in Western Canada has been a function of liquids pricing, which is a function of oil pricing,” he said.

“So you had a fundamental shift in the prices of all associated commodities, and historically the tightest linked commodities are propane, condensates, and they are the underlying drive for drilling in Western Canada.

“So you could see, as we saw with announcements this week, a number of firms cutting their capital spending for next year.”

“You’re pretty safe concluding that this is a big negative for the gas market as well,” Hayes said. “Maybe not as big a negative for the oil market per se, but still it’s still going to be pretty negative.”

He said a number of Alberta oil and gas producers have announced spending cuts for 2020 that will affect B.C.

Murphy Oil Corp. (NYSE: MUR) has announced a $500 million reduction in spending for 2020. Those cuts include deferring well completions in the Tupper Montney, which is in B.C.

“I haven’t seen exactly how much of that would be on their B.C. operations, but B.C. is a big part of their Montley play, so I’m sure that some fraction of their cuts is going to apply.

“There’s no doubt that cuts are coming from just about everybody, and I think they’re going to be more focused on the oil side than on the gas. But nevertheless, the Montney is going to take it in the neck to some extent.”