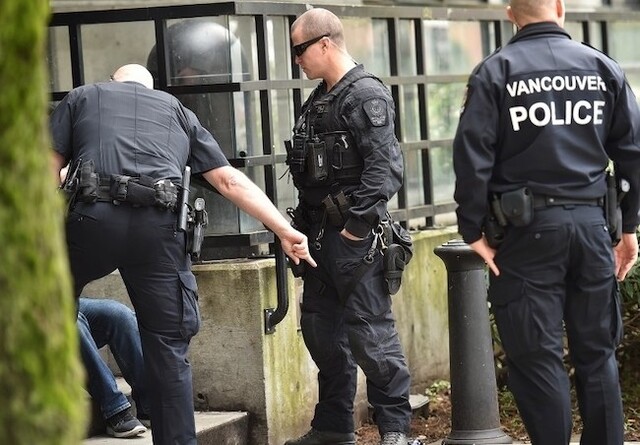 An independent consultant’s review of the Vancouver Police Department’s practice of “street checks” has been unable to conclude that officers were motivated by racism or bias when stopping a person on the street.

The Vancouver Police Board ordered the review last fall after the B.C. Civil Liberties Association and the Union of B.C. Indian Chiefs accused the department of discrimination after police data showed an overrepresentation of Indigenous and black people checked between 2008 and 2017.

“This review of street checks, consistent with other [Canadian police department] reviews, found that the available data and information could neither confirm nor deny police racism or bias,” said the consultant’s report, which goes before the Vancouver Police Board Thursday.

“Additionally, considering only the disproportionality of individuals in the street check data could not be used to confirm or deny the existence of bias.”

The report was authored by Ruth Montgomery, a former Edmonton police superintendent who operates Pyxis Consulting Group Inc., and four other people, including Curt Taylor Griffiths of Simon Fraser University's School of Criminology. The police board hired Pyxis last year to conduct a review that would include interviews with people stopped in a street check.

The review found that more than 40 per cent of the street checks were “justified with a bylaw stop.” Another 25 per cent were justified as “possible criminal behaviour.”

“Overall, very few of these street checks appears on its face to be unwarranted or unreasonable,” the report said of the practice that allows an officer to stop a person to conduct an interview or investigation in regards to suspicious activity or a suspected crime.

The findings of the review fall in line what a VPD report concluded last year and what Police Chief Adam Palmer has repeated since the issue surfaced two years ago — that the practice is not discriminatory, and it helps solves crimes.

In June 2018, a request under the Freedom of Information and Protection of Privacy Act required Vancouver police to post data on its website that showed police conducted 97,281 street checks between 2008 and 2017.

The report, which was released Tuesday, comes one month after the police board adopted a written street check policy for the Vancouver department.

The policy states that an officer cannot stop someone based solely on “an identity factor” such as race, social or economic status, religion, ancestry and sexual orientation.

Random or arbitrary stops are not permitted. An officer must have a specific public safety purpose to ask a person for identification and must inform the person of that reason.

An officer must also ensure a person is aware of their rights during a street check.