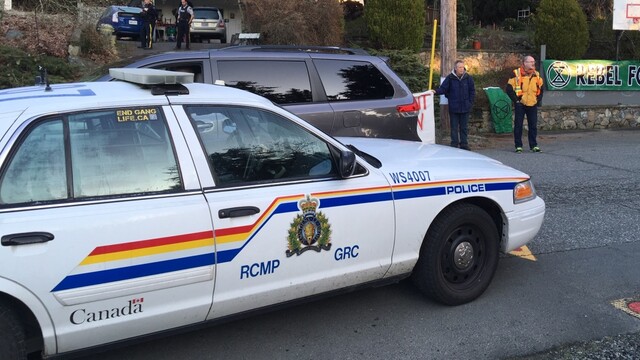 Photo: CTV News
Police were on scene outside the home of Premier John Horgan Tuesday morning.

A number of pipeline protesters attempted what they called a “citizen's arrest” of Premier John Horgan outside his Vancouver Island home Tuesday morning.

The premier wasn't at home when protesters first arrived, but he came home shortly after, and was verbally accosted.

Four RCMP vehicles were stationed outside the home before 8 a.m., along with the premier's security team.

By 8:15 a.m., two people were lying across the driveway, while others were holding signs on the street.

At 8:20 a.m., police arrested protesters who were blocking the driveway. Horgan left his home at 8:30 a.m.

The attempted citizen's arrest comes after last week's anti-pipeline protests, and actions in support of the Wet'suwet'en hereditary chiefs, across Victoria, the province and across Canada.