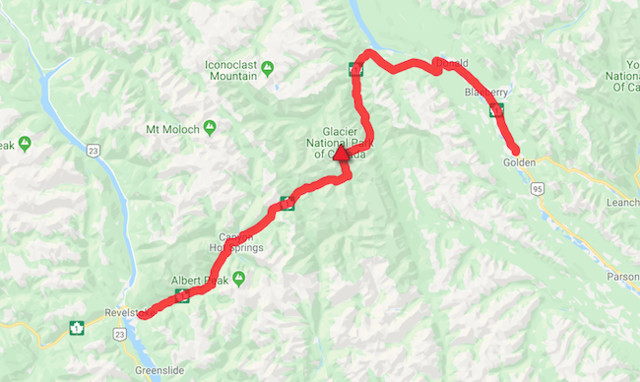 Following a semi truck fire on Highway 5 near Clearwater, the highway has been reopened to single-lane alternating traffic.

The avalanche control work on the Trans-Canada Highway between Revelstoke and Golden has finished up, and the busy highway has once again reopened.

While DriveBC initially reported a car fire had closed Highway 5 just north of Kamloops, the closure has been updated to actually be just east of Clearwater.

Meanwhile, Highway 1 remains closed north of Spences Bridge due to a rockslide.

While Highway 1 between Revelstoke and Golden remains closed Saturday for avalanche control work, a car fire has closed Highway 5 north of Kamloops.

The recent closure is between Devick Road and Puett Ranch Rd, about 12 kilometres north of Kamloops. DriveBC has no estimate as to when it will reopen.

The avalanche control work on the Trans-Canada Highway is expected to wrap up by 12:30 p.m.

DriveBC is reporting the Trans Canada is closed between Revelstoke and Golden and no detour is available.

Motorists are urged to watch out for traffic control workers.

The estimated time of re-opening is 1 p.m.