BC sends seven firefighters to Australia to battle wildfires 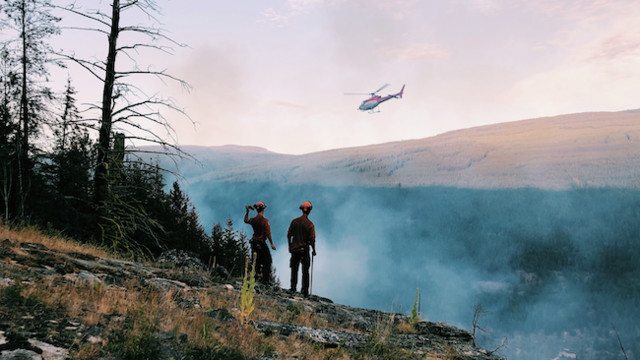 British Columbia has sent seven provincial firefighters to Australia as part of a contingent of 22 Canadians who will help battle wildfires in the country.

Donaldson says the BC Wildfire Service members headed to Australia are all in supervisory roles including directors who prepare plans and oversee the allocation of heavy equipment.

He says the Canadian contingent was set to depart from Vancouver on Tuesday for a 38-day deployment with an anticipated return date of Jan. 10.

The crews will fly to Sydney and initially work in the state of New South Wales.

Donaldson says it's possible more B.C. and Canadian firefighters will be sent to Australia in the coming months.

He adds this is the first time since 2009 that Australia has asked for firefighting support from Canada. Australian crews helped in B.C. during record-setting wildfire seasons in 2017 and 2018.

"We greatly appreciated their assistance during those difficult years, and we welcome the opportunity to help out our Australian friends now," he said in a statement on Tuesday.

"I personally thank the BC Wildfire Service staff who are being deployed to Australia. Their willingness to be deployed out of the country during the holiday season is a testament to their dedication and professionalism."