Human-bear conflicts on the rise in Okanagan Valley

Best way to live with bears 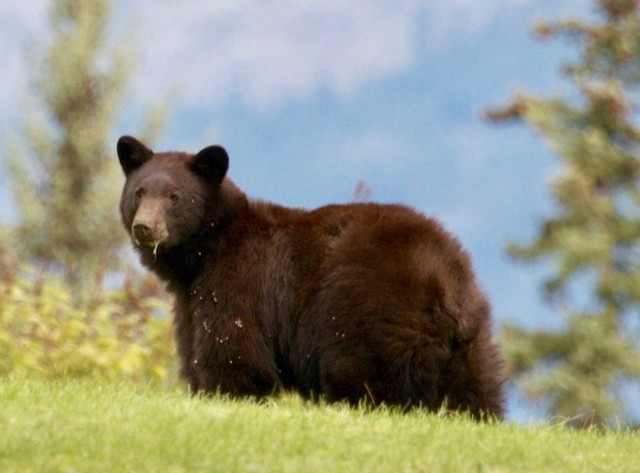 As human-bear conflicts rise in the Okanagan and across the province, one woman is doing her part to help keep things civil.

Gillian Sanders runs Grizzly Bear Solutions, and for the past few weeks, she has been travelling across B.C., including a stop in Ashton Creek, to demonstrate the benefits of bear-deterring electric fences.

There are relatively few grizzly bears in the Okanagan, but at least two young grizzlies have been causing challenges in the Ashton Creek area, so Gillian was invited to provide tips on how best to deal with the problem of hungry bruins.

"The bear's motivations are pretty clear. They're looking for food, food and more food. They want to get fat enough to survive the hibernation," says Sanders.

Grizzly Bear Solutions helps people build fences primarily to protect against grizzlies but the deterrent is also effective against other bears.

"The work I do is centred more around grizzlies because of the greater conservation effort around grizzly bears and there is a bigger fear-based reaction to grizzlies," Sanders said.

Sanders also says grizzlies are making a comeback in the Okanagan, and it's common for bears of all kinds to come down into human-occupied areas in the spring and fall as they look for food.

"Grizzly bears can be more dangerous than other bears. They evolved on open habitat and are more likely to stand their ground when faced with a threat, whereas a black bear is more likely to run or climb a tree."

On Thursday, five more were euthanized in Penticton.

Sanders says she lives in the Kootenays, keeps bees and is surrounded by bears, but manages to co-exist quite nicely after adding a few modifications to her hive.

"As a beekeeper, I know first-hand the damage bears can do, but they're actually fairly easy to live with if you take the right precautions."

One of the most important pieces of advice for hikers and anyone venturing into bear country is to carry bear spray and know how to use it.

Sanders' workshops are funded by the Habitat Conservation Trust Foundation.

Bears are typically in their dens by mid-November and sleeping by mid-December.