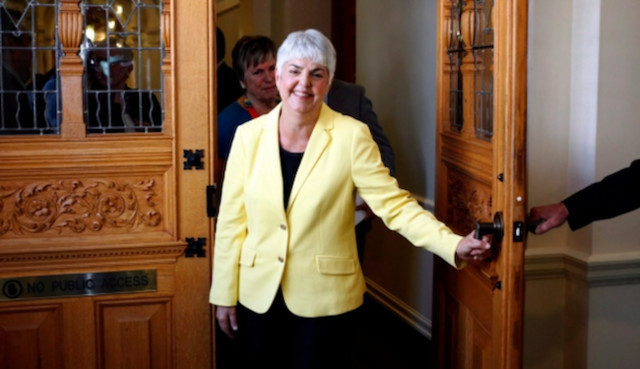 British Columbia collected $115 million in the 2018-19 fiscal year from homeowners who paid the province's speculation and vacancy tax.

As of Sept. 3, it says almost 12,000 homeowners were paying the tax, which targets people who own vacant property in B.C.

The province says more than 1.6 million tax declarations have been filed and its data shows 99.8 per cent of British Columbians are exempt from the levy.

Of those paying the tax, the province says just over 4,500 were foreign owners, about 3,000 were classified as satellite families, some 1,500 were Canadians living outside the province, and about 2,400 were B.C. residents.

Finance Minister Carole James is scheduled to meet in Vancouver today with mayors from communities where the tax is applied to discuss potential changes this fall.

The tax is applied in communities in and around Victoria and Vancouver, as well as other areas that have had hot housing markets including Kelowna and Nanaimo.

Several communities have called on James to eliminate the tax or offer exemptions because they say it hurts development and punishes homeowners with second properties.

The tax rate for 2018 was 0.5 per cent of the assessed value for all properties, rising to two per cent in 2019 for foreign owners and so-called satellite families, while Canadian citizens or permanent residents continue to pay 0.5 per cent. Satellite families are defined as those that earn most of their income outside of Canada.

The government says the average assessed home value of properties that are subject to the tax is $1.45 million.

James said the money collected from the tax will be used to help fund affordable housing projects in the communities where it is applied.

"Our government inherited a province at the peak of a housing crisis and committed to tackling this crisis head-on," James said in a news release. "The speculation and vacancy tax is helping to make sure homes are being used for people, not speculation or money laundering."