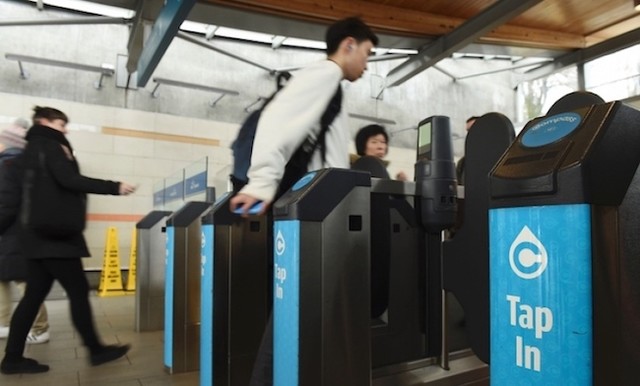 While Metro Vancouver residents will be busy celebrating Canada Day on July 1, TransLink will also be rolling out fare increases.

For Compass Card users the “stored value” rate will increase by 10 cents at each zone and rate level. A DayPass will be $10.50 for an adult in all zones, while the concession rate goes up to $8.25 – that’s a 25-cent increase for this product.

“These modest increases are helping to fund the biggest transportation expansion in the region’s history,” says TransLink of their annual fare changes.

As part of their 10-Year Vision Phase Two Plan, TransLink will continue to raise fares annually; we can expect increases of 10- to 15-cents a single fare and 50 cents to $1 on monthly passes (in addition to any increases approved as part of Phase One) in both 2020 and 2021. To this end, TransLink is also increasing revenues through property taxes, parking sales tax, and other measures, aimed at being “balanced across Metro Vancouver residents, affecting transit users, drivers, property owners and real estate developers.”

Ultimately, says TransLink, the fare increases are part of the $43 million per year funding that will represent about five per cent of the total of Phase Two Plan funding. What’s in the Phase Two Plan? That includes the Millennium Line Broadway Extension; Surrey-Newton-Guildford LRT; Expo/Millennium Line Upgrades Program; and additional operating capital for road work, walking and cycling infrastructure, and bus and rail operations.