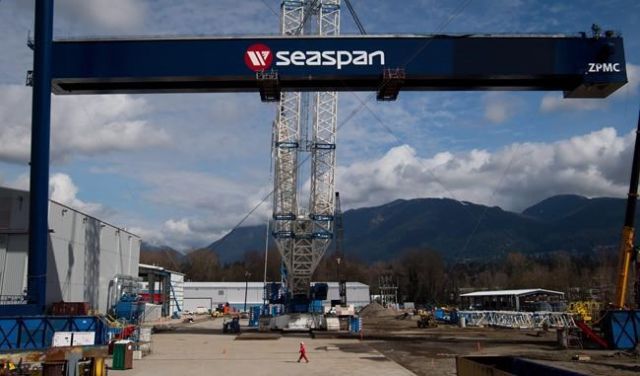 The federal government has taken construction of the coast guard's next heavy icebreaker away from a Vancouver shipyard, the latest in a string of changes to Canada's multibillion-dollar shipbuilding strategy.

Seaspan Shipbuilding was tapped in 2011 to build the icebreaker, the CCGS John G. Diefenbaker, as part of a larger order that also included four science vessels for the coast guard and two navy supply ships.

But Fisheries Minister Jonathan Wilkinson's office says the icebreaker has been removed from Seaspan's order book and replaced with 16 smaller vessels that the government announced it was buying last month.

Wilkinson's office says no decision has been made on where the Diefenbaker will be built but some believe Seaspan's bitter rival in Quebec, Davie Shipbuilding, will get the contract.

Davie has been lobbying the federal government for the icebreaker since 2013 and a spokesman for the shipyard says he thinks it is a foregone conclusion that the vessel will be built there.

The Canadian Coast Guard's existing heavy icebreaker, the 53-year-old CCGS Louis S. St-Laurent, which the Diefenbaker will replace, is currently in drydock at Davie.