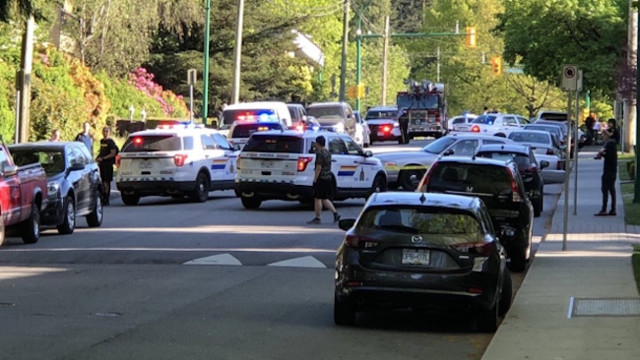 The BC Coroners Service confirms a child who died Thursday after being left in a hot car in Burnaby was a boy.

Police say no arrests have been made.

RCMP say a toddler has died after being left in a vehicle in Burnaby during a spring heat wave.

Mounties say at 5:45 p.m. Thursday officers responded to a report of an unconscious 16-month-old who was in a car at Kingsway Avenue and Inman Street.

RCMP say the toddler was transported to hospital and declared dead.

Police say initial information provided to officers was that the child had been left unaccompanied in the car for a number of hours.

They say the infant's father was located at the scene and both parents are co-operating in this investigation, and no arrests have been made.

Chief Supt. Deanne Burleigh, officer-in-charge at Burnaby RCMP, says investigators are still interviewing witnesses and are not at a point where any further information can be released.

A child has died after being left in a hot car in Burnaby.

The child was rushed to hospital after being found inside a vehicle on Inman Avenue, but could not be saved.