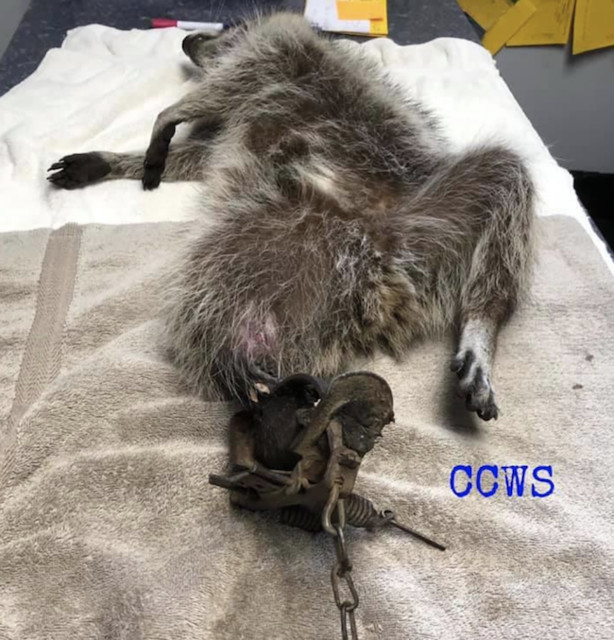 An emaciated and dehydrated raccoon found dragging a leg-hold trap for days had to be euthanized by Critter Care Wildlife Society in Delta.

The Fur-Bearers, a B.C. wildlife non-profit, wants the city to act – and anyone with information to help bring those responsible to justice. The group has issued a $1,000 reward for information in the case.

The organization is also asking the city to consider a bylaw prohibiting the use of the traps, saying they also pose risks to dogs, cats, and children.

“We don’t know who set this trap or why they set it, but we do know they caused a great deal of suffering for at least one animal,” said spokesperson Michael Howie. “Our hope is that someone will see this news, remember hearing something or seeing something, and contact investigators."

The incident comes on the heels of two dogs being killed in recent weeks – one from strychnine poisoning and another by a snare.

“Traps like these are legal in almost every jurisdiction in Canada, except for where municipalities have taken a stance. We can do better when it comes to co-existing with wildlife," Howie said.

The Fur-Bearers was founded in 1953 and advocates on behalf of fur-bearing animals in confinement and in the wild.