Revelstoke RCMP confirm remains have been found at the site of a plane crash in Glacier National Park, east of Revelstoke.

“After several hours of hiking, crews got to the site. It is very dense brush in a remote area of a ridge,” he said.

Crews were able to scan and assess the entire scene of the crash.

Grabinsky said as much evidence as possible was recovered from the area.

“The plane has significant structural damage, showing clear signs of a sudden, dramatic impact,” he said.

Police positively identified the single-engine plane as that of missing Dominic Neron and his girlfriend Ashley Bourgeault Tuesday morning.

Burgundy and white aircraft wreckage was first spotted by a BC Emergency Health Services critical care helicopter team out of Kamloops on Monday afternoon.

Investigators are working to get to the site of a plane crash in mountainous terrain.

A missing single-engine Mooney aircraft was found Monday by a BC Ambulance helicopter east of Revelstoke in the Glacier National Park area.

Today, crews are working to get to the site.

The white and burgundy aircraft is that of missing pilot Dominic Neron and his girlfriend Ashley Bourgeault, who were last seen taking off from Penticton Regional Airport on Nov. 25, 2017, just after 2:30 p.m.

They were reporting missing at 10:40 p.m. on Nov. 25 after they failed to arrive in Edmonton.

Ambulance crew spotted the white and burgundy colours and also the tail markings C-FESN from the sky and knew it was the missing plane.

RCMP Const. Spencer Lainchbury said in an interview with Castanet the crash site is in a remote location.

“We are working to get in there and conduct further steps,” he said.

The exact location of the plane is not being released at this time so that people do not try and access the site. There is no information on if the bodies of the two have been found.

“The helicopter was responding to a collision near Field, east of Golden, and was returning to Kamloops,” said Lainchbury.

Bourgeault’s family has asked for privacy at this time.

Neron’s sister Tammy said the past 10 months have been the hardest of their lives and they can’t thank the people who spotted the plane enough. 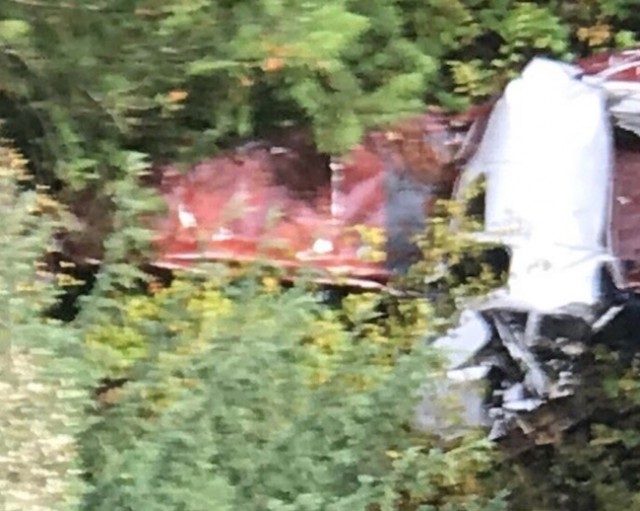 The wreckage of a white and burgundy aircraft has been found and is confirmed to be a missing plane that took off from Penticton in 2017.

Revelstoke RCMP were notified late Monday afternoon by BC Ambulance Service that a BCAS helicopter crew spotted the wreckage.

The plane is that of Dominic Neron, 28, who took off from Penticton Regional Airport on Nov. 25, 2017, with his girlfriend Ashley Bourgeault, 31.

The plane was en route to Edmonton but never arrived.

Victoria's Joint Rescue Co-ordination Centre scoured the surrounding Revelstoke area for the Mooney aircraft for nine days, but the search was suspended on Dec. 4.

“The Revelstoke RCMP have maintained an open missing person and plane investigation since December 2017,” said Sgt. Kurt Grabinsky. “Frequently deploying resources to look for the plane, as well as working and meeting with the family.”

The family of Neron acquired permits to have drones search the area where Neron’s cellphone last pinged.

Thousands of images were taken during the search.

Tammy Neron moved to the Mabel Lake area this summer to be closer to the search area and has spent numerous weekends organizing search groups.

“This is something that when it first happened it was so tragic and so sudden, and we were all immediately thrown in this,” she said in June. “There is no amount of time, even if it’s a missing person case, that doesn’t make this feel just as urgent as the very first day It happened.”

Early reports indicate the plane was found in the Golden area.

“Currently, the site of the plane crash is being accessed to conduct the investigation in partnership with Parks Canada,” said Grabinsky.