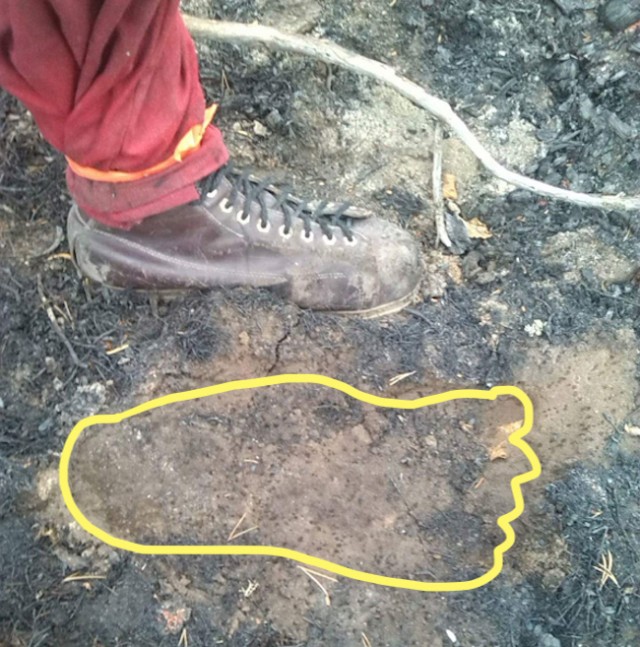 A photo reportedly taken by a firefighter this summer, is making the rounds on social media and causing a stir.

The photo sent to Castanet along with information on Sasquatch sightings shows a firefighter's work boot beside the outline of a large footprint.

"This was taken by a firefighter a couple days ago. Lots of Sasquatch talk going on on FB group BC hunting," says the anonymous source.

The thread calls it a "taboo subject," but the stories of eyewitnesses who claim to have seen prints, heard what they describe as "calls" and even sightings are many and varied.

"It took a long time to discover mountain gorillas," one hunter wrote. "To think of another great ape, highly intelligent, shy and adapted to its environment doesn't seem out of the realm of possibility to me."

One B.C. man, Todd Standing, believes so strongly in the Sasquatch he took the case all the way to the B.C. Supreme Court.

Standing asked the court to consider his evidence and he alleges his credibility has been harmed because B.C. Fish and Wildlife won't take his claims seriously.

Standing, who has produced several videos which claim to show the Sasquatch, says he initially did not believe it himself and started searching as a way to disprove the myth.  He has since changed his mind.

Standing now says he can prove, “way beyond a reasonable doubt” that Sasquatch exist.

“If Sasquatch exist – and I know they do, and I say they do, and I could take you out and show you one – is that frivolous? The most man-like primate on the planet exists right now and I can’t get Fish and Wildlife to do anything.”

Lawyers for the province and other government officials remain skeptical. The Ministry of Forests, Lands, Natural Resource Operations and Rural Development responded to Standing’s suit with a flat denial. Marina Goodwin of the Ministry of the Attorney General asked for a dismissal of Standing’s suit, saying “the claim lacks an air of reality.”

Justice Kenneth Ball indicated he would take time to review the arguments in the case before providing a written decision at a later date. Should this case be heard, Standing wants a provincial biologist to accompany him on his search for the truth.

-with files from CTV Vancouver 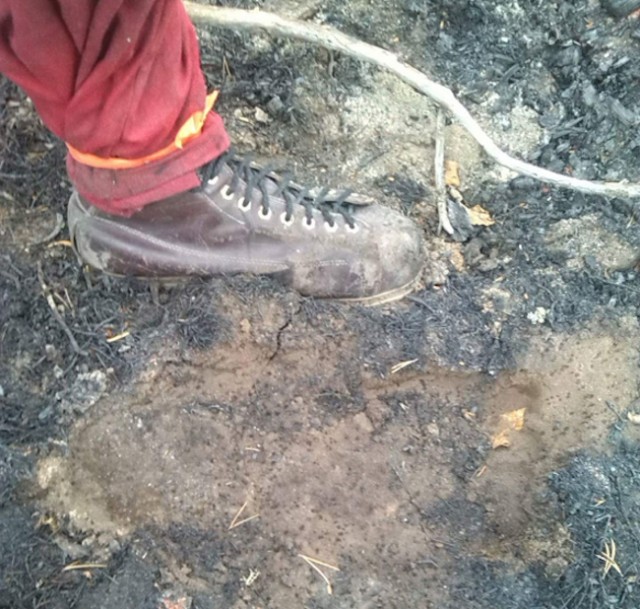