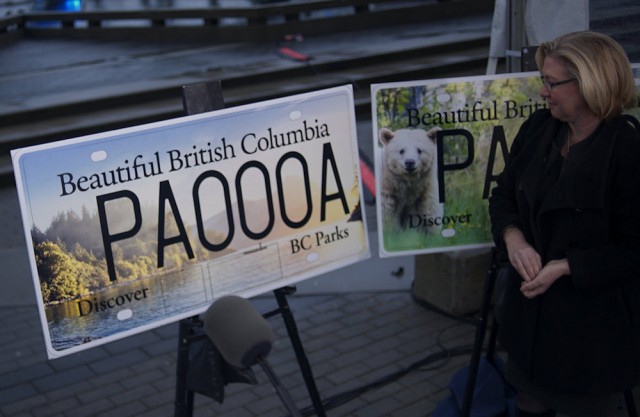 The sales of specialty BC Parks licence plates has exceeded expectations, raising $2.3 million for provincial parks since they were introduced in early 2017.

The plates, which feature a Kermode bear, the Purcell Mountains or Porteau Cove, were introduced to help fund several programs and projects related to conservation, community engagement and Indigenous relations.

Two examples of programs funded by the plates are the Student Ranger Program and the Habitat Conservation Trust Foundation's GO Grants Program.

"British Columbians are passionate about our parks, and this passion has helped us far exceed sales expectations for our specialty licence plates, generating more revenue for our parks and protected areas in one year than was initially forecasted for five years ," said George Heyman, Minister of the Environment and Climate Change Strategy.

Since their introduction, 100,000 plates have been sold, with the Kermode bear design being the most popular with 36,936 plates sold.

Plates cost $50 for the initial purchase, followed by $40 for each annual renewal. Net proceeds from the sales go to a special “Park Enhancement Fund.”