Photo: Twitter: @PatBulmer1
The Okanagan Correctional Centre in Oliver, like other centres in the province, is struggling to retain corrections officers.

The B.C. Government Employees Union is worried about the high turnover rate of correctional officers, which is reportedly close to three-times higher than the average rate for other government jobs.

Dean Purdy, vice president of Corrections and Sheriff Services with BCGEU, said the attrition rate among correction officers in B.C. is currently at 14 per cent each year, compared to attrition rates of about five per cent in "the rest of government."

He said many officers have been recruited for similar, higher-paying jobs.

The top wage among provincial correction officers is $60,000, Purdy said, which takes seven years to reach.

That compares to a top wage of about $77,000 in federal corrections and an average wage of $93,000 for municipal police officers and $86,000 for RCMP, according to Purdy.

"Our correctional officers, who are highly-trained peace officers, it's hard for them to make a go of things when the cost of living is so high... So they're moving on, they're leaving corrections for higher-paying law enforcement jobs, and you can't really blame them."

Purdy said the wage discrepancy between federal and provincial corrections is something they've "been subject to over the last 16 years under the Liberal government, where we've received minuscule wage increases and it has really caught up with us."

The additional training required to advance from provincial corrections is not egregious, Purdy said, which makes it relatively straightforward for officers to transition to the higher-paying similar jobs.

"If they're moving over to federal corrections, really about eight weeks more training. If it's police, they have to go to the (Justice Institute of B.C.) and get some additional training, but the screening process and the use-of-force stuff, they already have that," he said.

The issue is the same, Purdy said, in all 10 of the province's jails, including the Okanagan Correctional Centre in Oliver that opened in the fall of 2016.

"Some of the officers there are even moving back to the Lower Mainland, some of them that came from there. A lot of those are new, young hires right out of the (JIBC)... They're being actively recruited by police forces," he said.

"Municipal police and RCMP are seeing the same crunch as us, but they have it better because they pay a better wage. Really it's a no-brainer that our correctional officers would want to move on to greener pastures."

Purdy said the wage issue was raised in two meetings during the fall with Mike Farnworth, the province's Minister of Public Safety and Solicitor General.

He said he thinks correction officers' wages need to be raised to about $75,000 — just under what federal corrections officers make.

"They're what we should be compared to as our counterpart. It's really ridiculous that we're not being paid that... Because you can't keep doing business like this."

A spokesperson from B.C. Corrections has yet to respond to a request for comment. 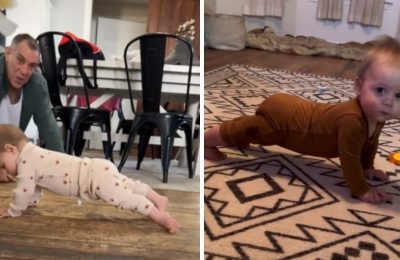