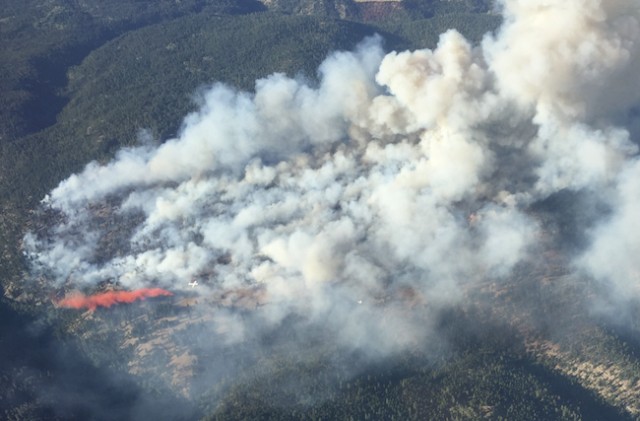 An official says British Columbia's provincial state of emergency is expected to be lifted soon as the record-breaking wildfire season begins to wind down.

Chris Duffy with Emergency Management BC says he believes the state of emergency will be lifted by the end of day Friday because fire conditions have improved across much of the province.

The declaration was originally made in early July as aggressive wildfires ballooned in the province's Interior, devouring large swaths of land and forcing thousands of people from their homes.

At the time, the province said issuing a state of emergency allows for better co-ordination of federal, provincial and local resources to ensure public safety.

Kevin Skrepnek with the BC Wildfire Service says 1,249 fires have burned across the province since April 1, costing the province more than $510 million for fire suppression alone.

The flames have charred more than 11,700 square kilometres, smashing a previous record for land burned set in 1958.

Cooler weather and showers have helped crews fight fires in several areas in recent weeks, but Skrepnek says there were still 155 fires burning on Wednesday.

"The southeast is our area of largest concern right now, given that it is unseasonably warm and dry in that area," he said

Improved conditions around other parts of the province have officials rethinking some of the bans put in place to help with fire suppression, Skrepnek said.

Prohibitions on off-road vehicles and campfires could soon be lifted, he said, but British Columbians will have to remain vigilant about watching for fire danger.

"Yes, we are moving into the fall now and we are seeing a lot of positive progress out there in a lot of these fires, but we're still coming off what was an unprecedented summer and we are going to be feeling the effects of that for some time now," Skrepnek said.