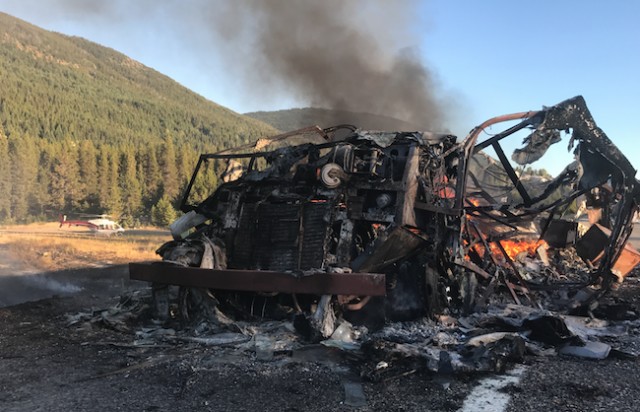 Another truck went up in flames on the Coquihalla Highway, Sunday.

Details are few, but images sent to Castanet show a large commercial vehicle was burned to a shell on the side of the road.

A witness says the incident happened near Coldwater River Provincial Park, between Merritt and Hope, not far from the Coquihalla summit. The blaze also sparked a small grass fire.

The BC Wildfire Service listed the grass fire as half a hectare in size, near Britton Creek. Images show the fire was extinguished.

There have been several truck fires on the route this year.

A tractor-trailer hauling lumber caught fire on the Coquihalla Aug. 29, closing the highway for several hours.

Similar fires also occurred in July, May and April.