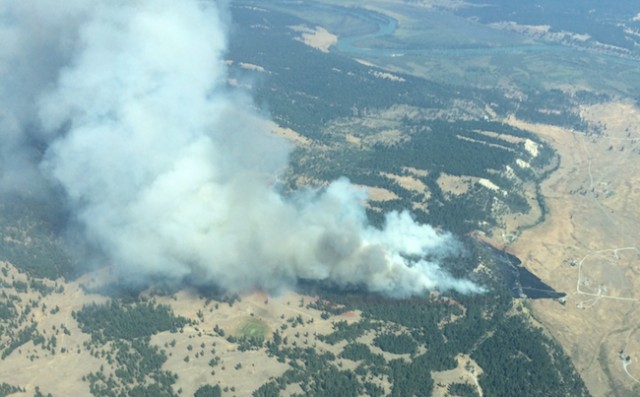 The Moyie Lake area near Cranbrook was partially evacuated Friday night due to a forest fire.

The Regional District of East Kootenay issued the order due to the Lamb Creek wildfire, which is burning about five kilometres northwest of the community. Moyie is 18 km southwest of Cranbrook.

The 220-hectare wildfire is in difficult terrain, containing volatile fuel types that will challenge fire suppression operations, the district says.

Thirty-five personnel were fighting the fire and building fire guards Friday, with the aid of six pieces of heavy equipment, five helicopters and airtankers.

Meanwhile, an evacuation alert was issued for the St. Mary's River area, 14 km northeast of Cranbrook.

A 250-hectare wildfire there had 12 personnel on site, with airtanker, helicopter and heavy equipment support. The cause of that fire is under investigation.

With increased wind activity in the Southeast Fire Centre, along with hot, dry conditions, the BC Wildfire Service anticipates an increase in fire activity over the long weekend.