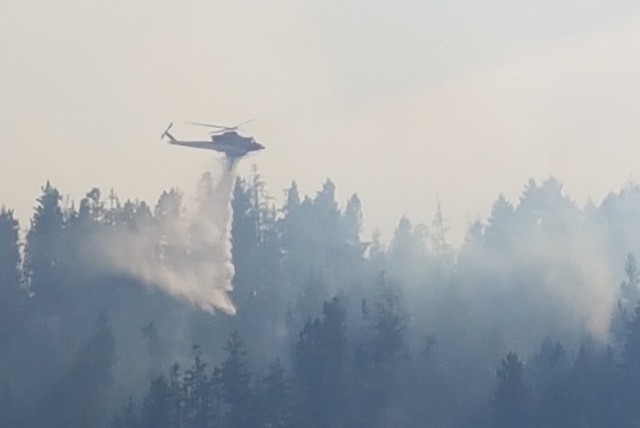 Photo: File photo
An evacuation order has been issued for several properties in Northeast Clinton due to wildfires.

For the first time in days, a new evacuation order has been issued for homes near one of the scores of wildfires raging in British Columbia.

The Thompson-Nicola Regional District issued the order late Tuesday night for residents on a handful of properties northeast of Clinton, about 350 kilometres north of Vancouver.

A 615-square kilometre wildfire has been threatening the region for nearly three weeks and has already destroyed dozens of homes from Ashcroft north to Loon Lake, east of Clinton.

The B.C. Wildfire Service says the blaze is only 30-per-cent contained and fire activity has ramped up this week along the flank nearest to Loon Lake.

Residents affected by the latest order are asked to register at an evacuation centre in Kamloops.

Fires have charred about 3,770 square kilometres of timber, bush and grassland in B.C., since April 1, and about 19,000 people remain out of their homes as crews try to bring more than 150 wildfires under control.

An evacuation order has been issued for several properties in Northeast Clinton due to wildfires.

Because of the potential danger to life and health, the Thompson-Nicola Regional District has ordered everyone to evacuate the following properties immediately: