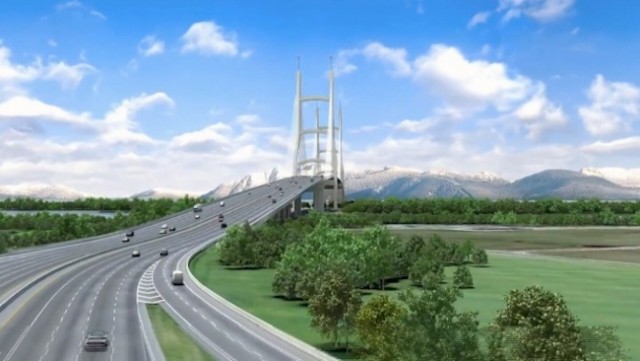 The City of Richmond is calling on the province to halt work on a Massey Tunnel replacement bridge.

Instead of the $3.5-billion bridge, city council believes a second tunnel would have less impact on local agriculture and traffic.

“Council recognizes the urgent need to address traffic congestion around the Massey Tunnel… But the bridge project, as currently proposed, is not the best way to achieve these objectives,” Mayor Malcolm Brodie said Tuesday.

Richmond suggests twinning the 58-year-old tunnel between the communities.

One option would see a four-lane tunnel with two lanes designated as carpool lanes. A second would utilize a two-lane, bus-only tunnel.