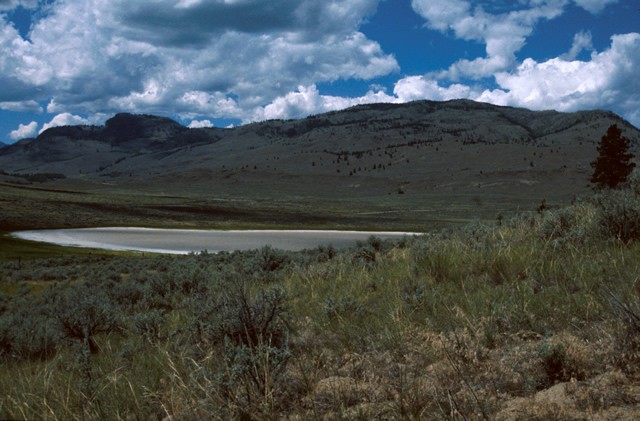 Photo: BC Parks
The grasslands around White Lake have been identified as an area needing protection.

In Canadian Parks and Wilderness Society's latest report, Canada is behind the eight ball when it comes to protecting land.

CPAWS is asking all governments to step up efforts to meet Canada’s international commitments to protect at least 17 per cent of land and inland waters by 2020.

With only 10 per cent of its landscape currently protected, Canada lags behind the global average, and also trails behind other larger countries like China, Brazil, and Australia.

The report recognizes that local and provincial governments are finally starting to take this commitment seriously after years of sitting back.

In February 2017, ministers responsible for parks and protected areas announced their commitment to work together to achieve this goal.

“With less than three years to fulfill our 2020 commitment, we need to get going now,” said Eric Hébert-Daly, National Executive Director at CPAWS.

“In the report we identify places across Canada where a considerable amount of work has already been done on proposed protected areas. By acting now to permanently protect these sites, while also planning for what’s needed to conserve nature in the long term, Canada has a chance to move from laggard to leader."

In B.C., the grasslands of the South Okanagan-Similkameen have been identified as an immediate conservation priority.

“The new B.C. government has an incredible opportunity to demonstrate its leadership and commitment to conservation efforts by working immediately to establish a National Park Reserve in the South Okanagan," said Jessie Corey, terrestrial conservation manager for CPAWS-BC. "We need to protect the grasslands and forests in the southern part of the Okanagan, from the boarder to the north of Oliver and areas around White Lake."