Why fire season is worse 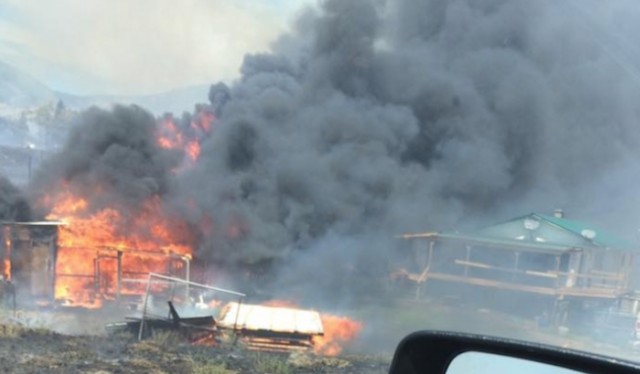 British Columbia has been so successful at putting out wildfires in recent decades that it has actually created a situation where its forests are more prone to flames, says an expert.

Lori Daniels, an associate professor of forest ecology at the University of British Columbia, said firefighting efforts over the last 60 to 100 years have allowed for denser forests with a lot of dead material on the ground.

Now, when the province has hot, dry weather and lightning strikes or there is a human ignition, the fires are much more severe and fast-moving, she said.

"The irony is we tried to protect our forests from fire and we created a situation where they're much more susceptible and the fires are more damaging," she said.

Daniels said in the past, the fire season began around the third week of July with the majority of fires starting in August. But over the past decade, B.C. has seen several years where hot and dry weather has begun earlier in July, she said.

The last time B.C. called a state of emergency over wildfires was in 2003, but even then the fire danger ratings only started to hit very high or extreme levels in August, she said. Currently, the whole southern two-thirds of B.C., including coastal areas, have very high or extreme ratings.

Kevin Skrepnek of the B.C. Wildfire Service said the current scale and intensity of the fires was unusual for the first week of July and officials are planning ahead.

"We have to not just be looking at the short-term period, but also for the months ahead of us too, if this tempo is to continue," he said.

The service is bringing in about 300 personnel from out of province, a decision that Skrepnek said was made not only to bolster capacity but also to manage fatigue among B.C. crews.

"That's why we're not only bringing in fire crews, but also support staff, co-ordination officers, things like that, just to make sure that we're pacing ourselves for what potentially could be a pretty protracted season."

The province has already spent $46 million of its annual $63 million firefighting budget. Once that threshold is reached, the service has immediate access to contingency funds, said Skrepnek.

Daniels said the mountain pine beetle also made B.C. forests more susceptible to fires, resulting in many dead trees that dried out and fell to the ground, creating more fuel for flames.