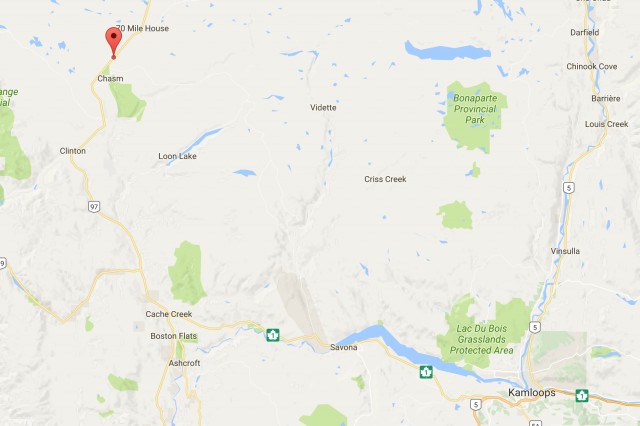 Two people were killed on Highway 97 near Clinton Thursday night when a commercial transport truck and a car collided.

The crash occurred just before 7 p.m., 20 kilometres north of Clinton.

A 20-year-old Vernon man was driving southbound in a Volkswagen when he crossed the centre line, hitting the front corner of the northbound Freightliner truck.

The driver of the truck, a 38-year-old Prince George man, attempted to swerve out of the way, and rolled into a ditch. The truck caught fire, and the driver, trapped inside, was killed.

The driver of the Volkswagen suffered fatal injuries in the crash and also died at the scene.

The tragic crash kept the highway closed until Friday afternoon.

A person was also killed in a collision with a tanker truck Friday afternoon near Falkland.