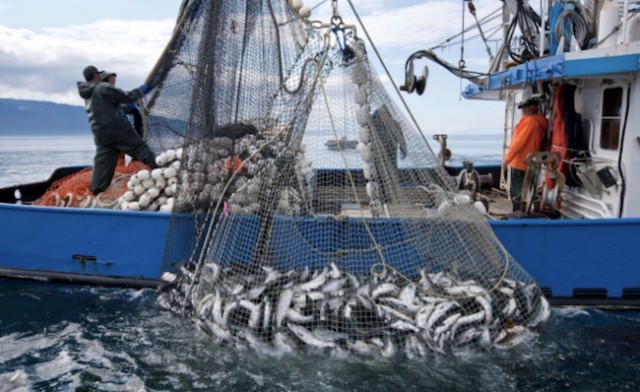 Sticking to international targets for global temperature increases could have a major benefits for fisheries around the world, say researchers in British Columbia.

A new study from the University of British Columbia finds potential fish catches would be six million metric tons per year higher if the global temperature goes up by just 1.5 degrees Celsius, compared with a jump of 3.5 C.

The Paris agreement — the latest international deal on mitigating the effects of climate change — aims to limit the average global temperature increase by a maximum of two degrees by 2050.

Experts have predicted if the status quo remains, the Earth's temperature would rise by at least three degrees.

There's a "strong relationship" between climbing temperatures and dropping fish stocks because as waters warm, fish either migrate to find cooler environments or die off, said William Cheung, the study's lead author and an associate professor at the university's Institute for the Oceans and Fisheries.

Fish stocks are already declining around the world and the numbers will drop even more substantially if global temperatures warm by more than 1.5 C, Cheung said, noting tropical waters around countries like Thailand, Indonesia and the Philippines are especially sensitive.

"It means instead of a slowly decreasing catch as we get warmer and warmer in the tropical area, once we move past 1.5 to two degrees Celsius, the impacts will accelerate really rapidly," he said.

"It is a good idea to achieve the Paris agreement to avoid the rapid impacts beyond that."

The study, published Thursday in the journal Science, estimates there would be 40 per cent more fisheries catches in the Indo-Pacific region at a 1.5 C increase compared with the 3.5 C bump. The Indo-Pacific is made up of the Indian Ocean and the western Pacific Ocean.

A higher jump in temperature could see more fish in the Arctic region, Cheung said, but the change would also see melted sea ice and increased pressures on the area's current fisheries operations, including indigenous fishermen.