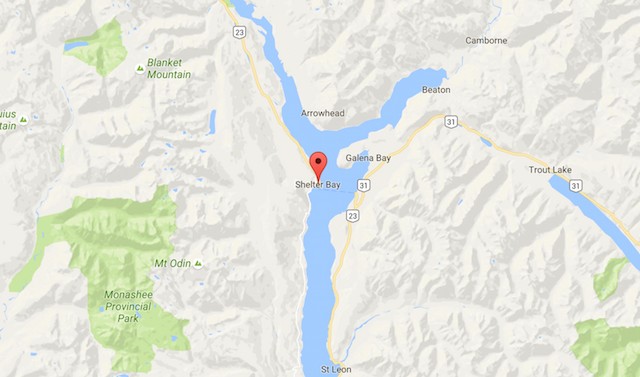 A group of boaters planning to land along the shore of Arrow Lake was in for a shock on Saturday afternoon when a body was found near the shoreline.

“Boaters who had been planning on landing along the shore observed what appeared to be human remains just feet from the water's edge. The boaters departed and contacted police,” said Staff Sgt. Kurt Grabinsky, commander of the Revelstoke detachment.

Police were told the body was located north of the Shelter Bay campground and boat launch.

“The RCMP and BC Coroners Service attended to the area with the Revelstoke detachment police boat, however weather and water conditions had changed drastically which made launching the boat and conducting a recovery very difficult,” said Grabinsky.

It was not until early last Sunday morning that officials were able to locate the body, three kilometres north of the Shelter Bay campsite.

“After conducting a scene investigation police were able to rule out foul play and confirmed that the body had arrived there following a drowning. The body was removed from the site.”

Police have not released victim's name at this time.