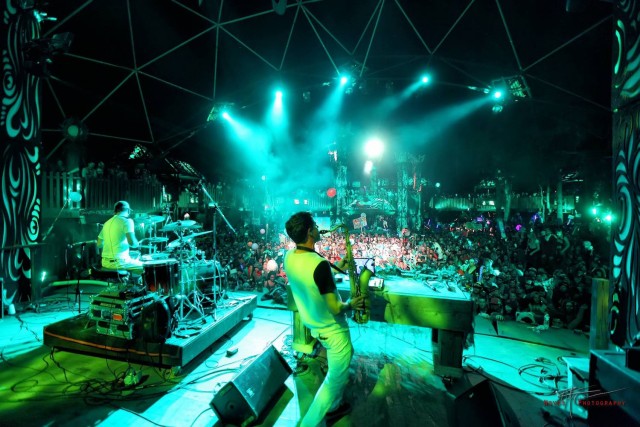 2016 has proven to be the deadliest year ever for fentanyl in B.C. so far, prompting a local music festival to step up its already one-of-a-kind drug testing program.

Shambhala Music Festival, one of North America's longest-running electronic music festivals, is looking to purchase a mobile spectrometer that will allow staff to test for the presence of fentanyl in festival-goers' substances.

Shambhala began in 1998 as a small, family run event near Salmo, B.C. In 2002, AIDS Network Kootenay Outreach and Support Society (ANKORS), a non-profit organization based in Nelson, began offering free drug testing at the festival.

While Shambhala officially bills itself as a drug- and alcohol-free event, festival organizers acknowledge that some attendees may still choose to use, which is where ANKORS' testing program fits in.

“Our philosophy is to be non-judgemental and supportive and meet people where they're at and give them the education and resources that they need to stay safe and have fun,” said Stacey Lock, harm reduction director at Shambhala.

ANKORS current reagent testing is able to test for the presence of MDMA, Ketamine, LSD, Cocaine, and a variety of other research chemicals, but fentanyl, an opioid estimated to be hundreds of times more potent than heroin, cannot be identified.

ANKORS is looking to raise $20,000 through a GoFundMe campaign to purchase a mobile spectrometer that would allow staff to determine if the deadly opioid is in someone's substance.

“We're always trying to stay on top of the curve when it comes to providing best practices for safety at our music festival and also trying to be a standard for others,” Lock said. “This is kind of our next level attempt at meeting people where they're at and giving them the most sufficient information about substances that they may choose to use.”

The spectrometer won't just be used once a year during the annual festival. ANKORS' home base is in Nelson, and the organization will be able to test for fentanyl year round out of their office.

The campaign has raised $11,735 from 211 people since the beginning of June, so Lock says they won't have the spectrometer for this year's festival.

“I'm really hoping this year is going to be smooth, we're taking extra precautions, we're training all of our front line on Naloxone,” Lock said, of the emergency opiate overdose medicine. “We're also meeting people as they come in the gates and giving them information about fentanyl, and what to do if they see somebody passed out.”

The festival also has doctors on the grounds at all times throughout the weekend.

Lock says they haven't had issues with fentanyl at the festival in the past, but she knows it's out there and has heard of it showing up in the local electronic music community.

And while she says they are doing all they can to educate festival-goers about the substances they're taking, at the end of the day, people must be responsible for their actions.

“You can't make people's decisions for them, we can only keep them as safe as we can and ultimately people are adults and they need to make safe choices,” Lock said.