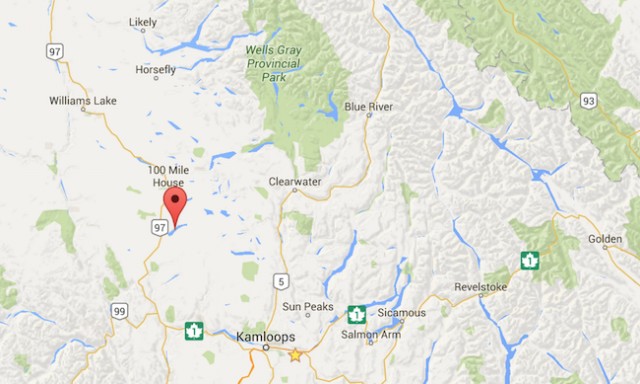 Police say the 74-year-old pilot of a plane that crashed near 70 Mile House has been airlifted to Royal Inland Hospital in Kamloops in serious condition.

"Multiple officers attended the scene and located two individuals," said RCMP Cpl. Dave Tyreman in a news release. "The passenger of the craft, a 42-year-old man, was pronounced deceased at scene."

The cause of the crash is still under investigation, police said.

A passenger has died after suffering critical injuries in a small plane crash in British Columbia's southern interior.

Bill Yearwood with the Transportation Safety Board says the light aircraft crashed on landing near Green Lake, east of 70 Mile House.

He says it's too soon to speculate about what may have brought down the plane.

Yearwood says the TSB is waiting to interview the pilot but that won't be any time soon because of the extent of his injuries.

RCMP have responded to the scene.

One person has critical injuries after a small plane crash in British Columbia's Southern Interior.

Bill Yearwood with the Transportation Safety Board says early reports indicate a light airplane crashed near Green Lake, about 150 kilometres north of Kamloops.

He says RCMP have responded to the scene.

B.C. Ambulance says it sent two ground ambulances and one air ambulance and has transported one critical patient.