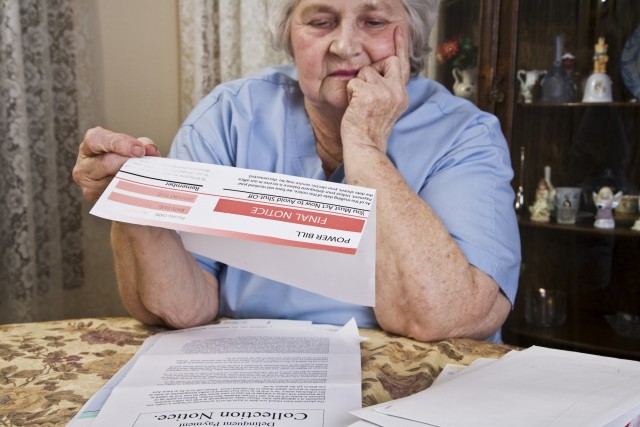 While power companies assure you that smart meters bring efficiency to the system, the meters also allow the companies to cut off your power with just a flick of the switch – a move BC Hydro is doing a lot more of lately.

According to numbers submitted by BC Hydro to the British Columbia Utilities Commission, the energy company disconnected power to six times as many customers in 2015 as they did in 2013.

In 2015, after smart meters had been implemented into the system, the utility company ordered about 39,000 disconnections and completed 32,500 – three times the amount of disconnections ordered and approximately six times the number completed.

BC Hydro reports that the number of accounts disconnected for non-payment in 2015 was just 1.7 per cent of all accounts.

“When efforts to obtain payment fail, the result is disconnection,” reads the report

The difference is based on the fact that hydro employees no longer have to go to a property and complete the disconnect in person; it is now done with a simple click of mouse.

“Note that 95 per cent of disconnections were remote and the other five per cent manual,” adds BC Hydro in the report.

According to the BC Hydro report, the company's credit policies have not significantly changed with the introduction of smart meters. However, the remote disconnect/reconnect capability significantly increases its ability to follow-through with a disconnection order once issued.

There is no explanation as to why the number of disconnections ordered has also spiked.

Treasurer at the Together Against Poverty Society, and former BCUC commissioner, Tony Pullman says the dramatic change in power disconnections is tied directly to the introduction of smart meters.

“The servicemen didn't like doing it. The servicemen would organize his or her day in such a way that disconnects are at the bottom of the heap, and thus they didn't get done,” explained Pullman.

“Then, you introduce smart meters and almost immediately someone sitting in an office in Burnaby just clicks a mouse and the customer is disconnected. One of the great advantages of smart meters – that nobody actually told us about.”

While smart meters can explain the spike in completed disconnections, it cannot explain why the amount of actual disconnections ordered has more than doubled. Pullman says it has to be one of two things.

“One, BC Hydro has told its employees to bring a lot more pressure on delinquent accounts. Or, two, more and more people are having more and more trouble being able to pay for their electricity. The answer has to be one of those two things.”

Pullman says the increase in disconnections is another sign that BC Hydro does not care about the impoverished of our society.

“I have never ever been in any doubt that BC Hydro does not have any particular empathy towards low-income customers.”

He adds that some progress was made when BC Hydro was forced to lower their reconnection fee following smart meter installation.

Previously, when a serviceman was required to come to a home and reconnect service, BC Hydro charged $125 – a price many felt was far too steep now that employees just have to click a mouse to reconnect.

“At least we have that down to $30,” said Pullman. “I thought that (the $125) was a real insult to low-income people that couldn't afford their bill. When in order to get service back they had to pay an additional $125 for some clerk to flick a switch.

“It was a modest victory, but we do hope for more.”

Through Pullman's work with Together Against Poverty Society, he sees the effects the high cost of living has on those most vulnerable in our society.

“I see an awful lot of low-income people and it is one of the reasons I am helping out in the struggle to get some kind of relief from BC Hydro through the utilities commission,” said Pullman.

BC Hydro reportedly spent $1 billion to install the 1.8 million smart meters across the province, starting in 2012.

FortisBC recently finished installing smart meters throughout the Southern Interior. It has also cited remote connections and disconnections as a benefit of the project.

Calls to BC Hydro and NDP BC Hydro critic Adrian Dix were not returned by deadline. 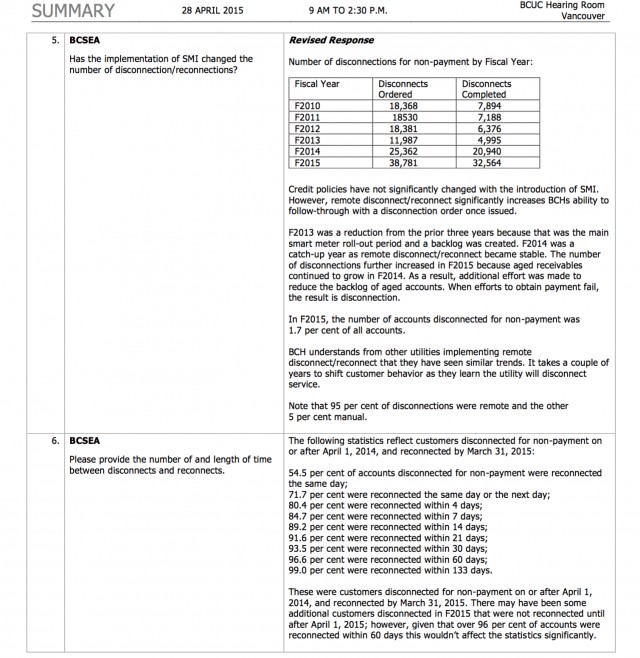