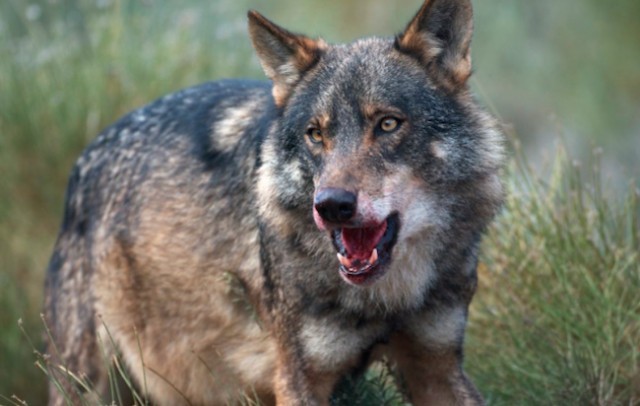 British Columbia's controversial wolf cull program that involves shooting the animals from helicopters to save endangered caribou herds is on again in the Kootenay region, the government said Wednesday.

Confirmation that the cull has started came as two environmental groups asked the B.C. Supreme Court to stop the practice, alleging killing wolves to protect endangered caribou amounts to an unreasonable recovery strategy.

B.C. aims to cull 200 wolves this winter in the second year of a five-year plan to save caribou herds. The herd in the South Selkirk area of the Kootenays has dwindled to about a dozen animals. The government took 84 wolves last winter.

Another cull set for northeastern British Columbia near Chetwynd, where there are an estimated 950 caribou in seven herds, has yet to start, the Forests, Lands and Natural Resources Operations Ministry said in a statement.

"The leading cause of caribou mortality in the South Selkirk and South Peace is due to wolves," it said. "For that reason government made the difficult decision to remove wolves in those two areas only."

Pacific Wild and the Valhalla Wilderness Society filed an application for a judicial review Tuesday that seeks to determine whether the cull constitutes proper wolf management.

"We're asking the courts to look at this issue in terms of, is this a responsible wildlife management policy British Columbia should be carrying out given the circumstances around the true threats to a threatened caribou herd in the Interior," said Ian McAllister, the co-founder of Pacific Wild.

The organizations are asking the court whether the government is using a responsible wildlife management policy in British Columbia's Interior, he said.

"It's our contention the province has actually ignored recommendations to protect critical habitat and, instead, has focused on killing wolves really as a scapegoat or a diversionary tactic to the true issue, which is habitat protection," he said.

"There's ongoing logging and road building and all kinds of intrusions into caribou habitat. In the absence of adequate habitat those herds will probably disappear."

Mountain caribou live in rugged, mountainous terrain and feed on arboreal lichens in winter. They are a timid and easy prey for wolves and cougars.

The court application seeks an injunction prohibiting the cull and quashing the permit that allows it.

Forests Minister Steve Thomson was not available for comment.

Celebrities Miley Cyrus and Pamela Anderson have called for an end to the cull.