The controversial Site C Dam in Fort St. John has reached the 100-day mark of construction, after preparatory work began on site July 28.

So far, that has included building roads, clearing land, excavation and building housing for workers.

There have been 900 metres of public road improvements completed since July, and another 15 kilometres of access roads are under construction within the dam area.

More than 5.3 square kilometres of land has been cleared as part of the site preparation, and more than one million cubic metres of material has been excavated.

A 1,600-person lodge is being constructed to house workers, and there is already a temporary 300-person work camp onsite. More than 600 people are currently working on the project.

When complete, the dam will flood 53.4 square kilometres of land, stretching 83 km along the Peace River, while producing 4,600 GWh of electricity per year.

The early days of construction have also included protests outside the gates. Some residents in the area have been showing their opposition to the project, and claim the soon-to-be flooded land is prime agricultural land. 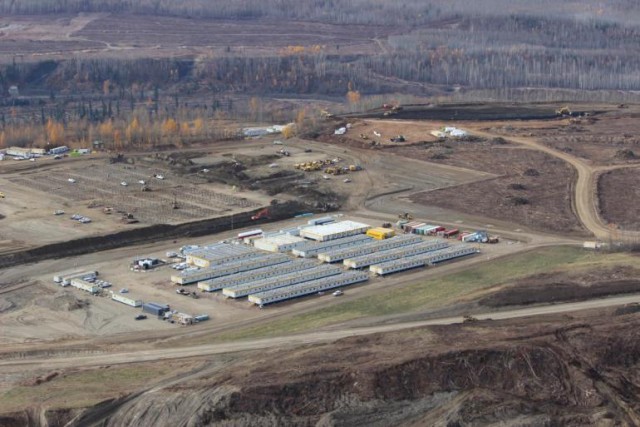