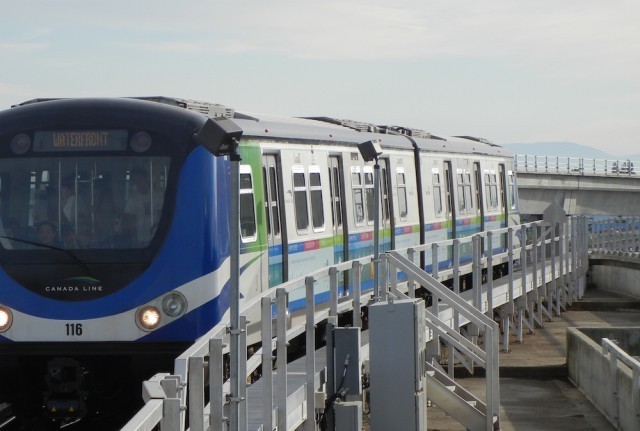 Metro Vancouver's transit authority says two top managers are out and the acting chief executive will be replaced following a failed transit plebiscite.

TransLink says Bob Paddon is no longer executive vice-president of planning and that his position has been eliminated.

Mike Richard will replace Doug Kelsey as acting president and general manager of B.C. Rapid Transit, which is responsible for SkyTrain's Millennium and Expo Lines, West Coast Express and management of the Canada Line contract.

When interim CEO Doug Allen leaves the company on August 10, TransLink CFO Cathy McLay will take on the role until a permanent replacement is hired.

TransLink says staffing costs across the company have been significantly reduced since 2011 through downsizing at the management and executive level.

Earlier this month, 62 per cent of Metro Vancouver voters said No to a half-per-cent sales tax hike to fund $7.5 billion in transportation upgrades.