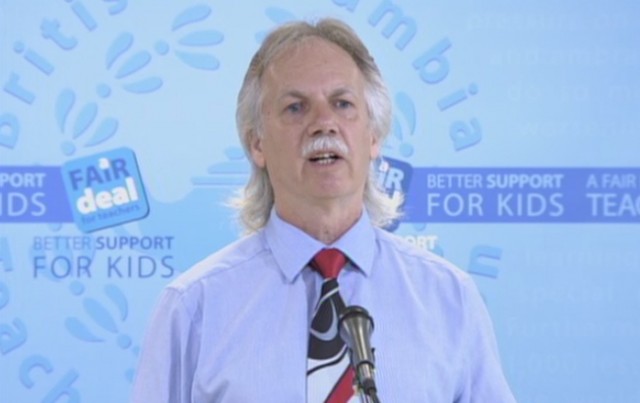 British Columbia teachers have filed leave to appeal with the Supreme Court of Canada in an ongoing battle with the province over bargaining rights.

The B.C. Teachers Federation is asking the top court to reconsider a B.C. Court of Appeal decision that ruled in the government's favour in April.

The appeal court found the government did not violate teachers' charter rights when it imposed legislation in 2012 that removed their ability to bargain class size and composition.

Four of the five appeal judges said teachers were given a meaningful negotiation process through consultations and collective bargaining leading up to the legislation.

Union president Jim Iker vowed to seek a Supreme Court appeal immediately after the ruling was announced, and the organization filed the application in late June.

The province has yet to respond to the application and the Supreme Court will decide at a later date whether to hear the appeal.