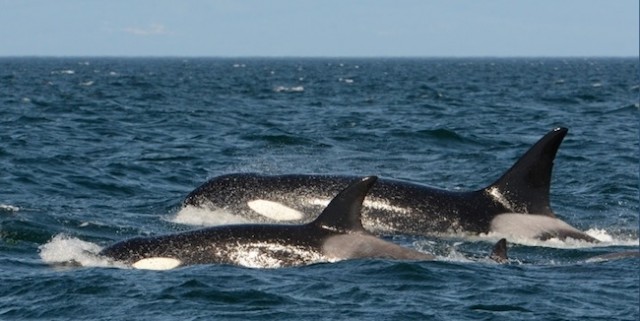 A Vancouver Aquarium orca researcher says a young killer whale has been reunited with its family two years after it was found alone in a remote cove.

Fisheries and Oceans researchers found the orca swimming alone on Aristazabal Island on the province's central coast in August 2013.

The orca that became known as Sam was vocalizing loudly, not eating and appeared to be reluctant to leave, but researchers managed to eventually corral it out of the cove.

The aquarium says researchers have been searching for Sam over the past two years, and got lucky on July 2nd, when they spotted the whale with its family.

She says the sighting shows Sam has successfully reintegrated with its family and the group is maintaining social cohesion over long periods of time.