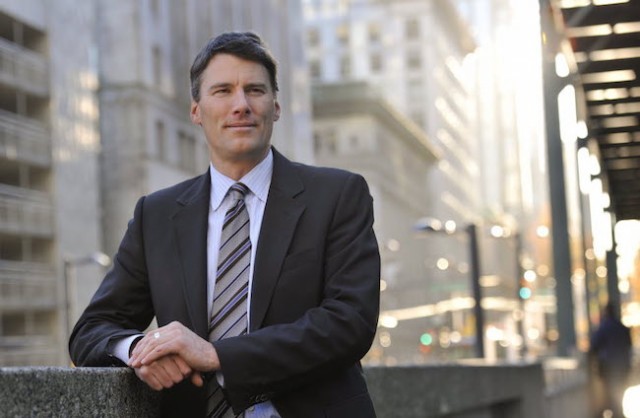 The mayor of Vancouver says he plans on encouraging the Pope to ramp up pressure on national governments across the globe to take action on climate change when he meets with the Catholic leader later this month.

Gregor Robertson will join about 30 other representatives of big cities from Europe, Africa, Asia and the Americas for a two-day visit with Pope Francis in Vatican City on July 21. He will be the only Canadian representative in the delegation of global municipal leaders.

"It's telling that the Pope is reaching out to mayors as part of his direct-action agenda to tackle climate action and poverty because we're on the front lines of it and we're committed to dealing with these challenges," Robertson said in an interview.

"The Pope recognizes that mayors play a key role in leading communities to a better future — we're where the rubber hits the road in taking care of cities and we've largely been left out of the conversation."

Robertson levelled harsh words for the current Canadian government, saying it has "been in the bad books globally" because of inaction on the environmental front. National governments in general have failed to deliver solutions on climate change, he said.

"But at a city level there's serious action and commitment and it's important that the rest of the world understands that," Robertson said.

"I'll be sharing stories from our work in Vancouver and encouraging global cities and the Vatican to continue pressing for more urgent and aggressive action."

Robertson referenced Vancouver's commitment to converting the city to 100-per-cent renewable energy, the city's calls for binding targets on climate pollution and its ambition at being recognized as the world's greenest city.

The mayor, who isn't Catholic and doesn't follow any organized religion, said he was humbled to be included on the pontiff's invite list.

"It's a responsibility that I don't take lightly."

The invitation comes in the wake of the Pope's unprecedented encyclical on climate change, released last month, which blamed climate change on an unequal, fossil fuel-based, "structurally perverse" economy that favours a culture of consumption at the expense of the world's poor.

The landmark document was heralded as a call to action in framing climate change as the moral challenge of our era.

Many lauded the Vatican's foray into environmental issues, while critics lambasted the church for stepping outside its area of expertise.

"I don't get economic policy from my bishops or my cardinal or my Pope," said U.S. Republican presidential contender and converted Catholic Jeb Bush during a campaign stop in New Hampshire.

Others commended the Pope for his outspoken stance on climate-change action, including Robertson.

"I think the Pope's leadership is fantastic and much needed from an important religious leader on what is essentially a moral issue and the toughest challenge in human history," he said. "It's crucial for political, religious, business and community leaders to be rallying aggressively right now — it's so urgent."

World leaders are slated to meet later this year in Paris for the United Nations Climate Change Conference.