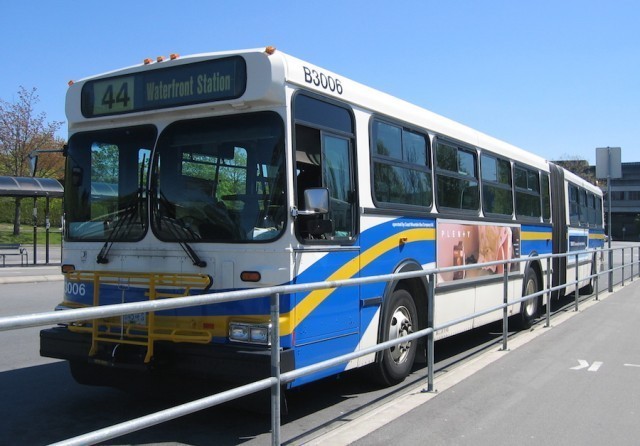 Residents of Metro Vancouver have rejected a half-per-cent sales tax to fund $7.5 billion in transportation upgrades.

Elections BC says 62 per cent of voters have said No to the tax plan put forward by mayors and representatives from at least 21 municipalities and a First Nation.

The tax was expected to generate funding for more buses, road development, a subway line extension and construction of a new bridge.

Opponents have said that priority projects would get built through other means and that TransLink, the transit authority, should not be trusted with more money.

Proponents argued that transit upgrades are needed to accommodate the one million new residents expected to move to the Vancouver area over the next 30 years.

Mail-in ballots were sent to residents starting in mid-March and voting closed about a month ago. 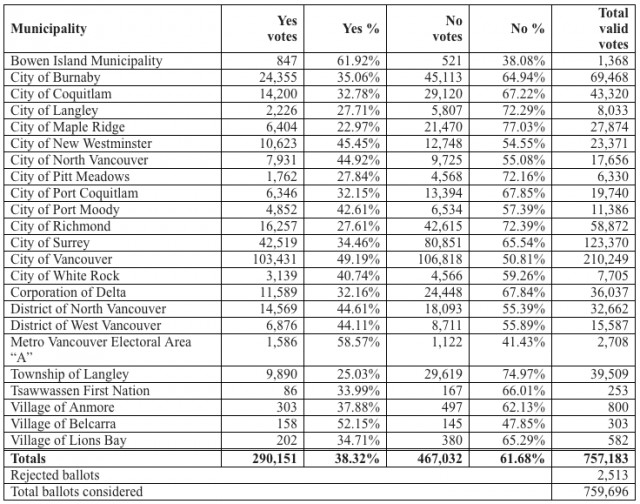