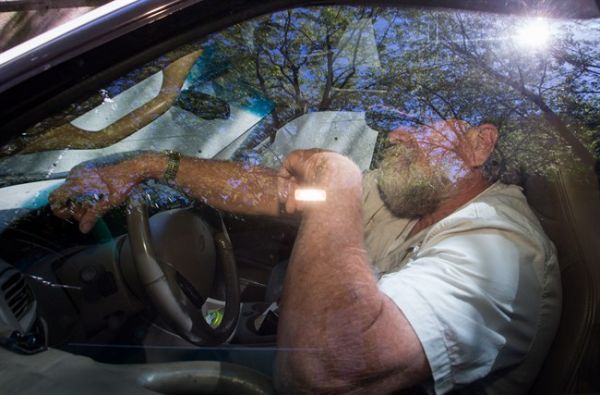 A woman who was sexually assaulted by the brother of serial killer Robert Pickton says she is elated she can once again walk tall after winning a lengthy court battle.

A B.C. Supreme Court jury ruled late Tuesday, following six hours of deliberation, that David Pickton had inflicted psychological trauma on a woman after assaulting and threatening to rape and kill her more than two decades ago.

"It's all over," said the woman the morning after learning the verdict. "I'm free and I can stand tall again."

Jurors awarded the 55-year-old woman $45,000, including $20,000 in punitive damages that the woman's lawyer said is intended as a deterrent.

Pickton was convicted of sexual assault in 1992, for which he received a $1,000 fine and was sentenced to one year of probation.

The woman testified that Pickton cornered her inside a trailer on a construction site where they worked, pressed her up against a wall and groped her genitals over her jeans. After being interrupted by a co-worker Pickton allegedly threatened to rape and kill her.

After filing a police report about the 1991 incident, a machine operator who was friends with Pickton threatened she would be "cut into pieces" if she didn't leave town, she said.

"When he first started speaking on stand, I hadn't heard him in so many years ... I didn't know the effect it was going to have physically on me," said the woman following the verdict.

"I didn't want him to see me afraid, (but) I'm not afraid anymore," she added. "I don't have to have that overwhelming feeling that I'm not being heard or that I don't count."

The Canadian Press does not name victims of sexual assault.

The woman's lawyer Jason Gratl said his client was hospitalized in 1999 and 2002 for mental breakdowns. She testified that she vomited when she saw Pickton on TV in 2002, after his brother was linked to a series of murders of women from Vancouver's Downtown Eastside.

The trial heard that the woman was also raped by a stranger at 17 and suffered physical and sexual abuse at age 19 by her husband, who was twice her age.

His lawyer Ian Donaldson said he did not consider the result a defeat but rather commended the jury for dismissing the vast majority of the woman's claims, which he said amounted to well over $1 million.

"She was awarded zero under several different heads of damages sought," said Donaldson.

During closing arguments on Tuesday, Donaldson had said the woman could be awarded a small sum for the sexual assault.

Speaking Wednesday morning, the woman insisted the money wasn't what mattered most.

"As far as I'm concerned what counted was that yes word," she said. "Those words were more important than I can express."