Was he worked to death? 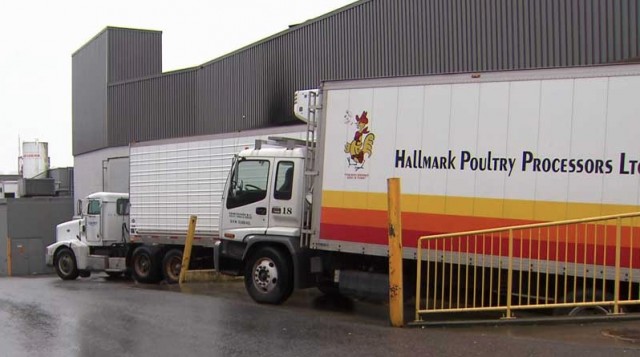 A lawsuit launched by family members claims a Chinese immigrant was worked to death at a Vancouver poultry processing plant.

The B.C. Supreme Court filing claims Bao Min Cheng worked 60-70 hours a week at Hallmark Poultry Processors, and that the strain caused his death of heart failure on March 22, 2013, following a 13-hour shift. He was 40 years old.

The family says the father of four had no choice but to work because he spoke no English and had little education, as do “most or all of the other approximately 300 workers” at the slaughterhouse.

Their suit claims Hallmark "encourages the working of excessive overtime by its workers as it is convenient … because it allows (Hallmark) to meet orders for chicken meat from suppliers without hiring new workers."

Cheng, who had been at the company for seven years, had a heart problem and high blood pressure, but it was believed manageable with medication and a healthy lifestyle.

But the lawsuit alleges his job required unreasonably long shifts of “repetitive and strenuous” physical labour.