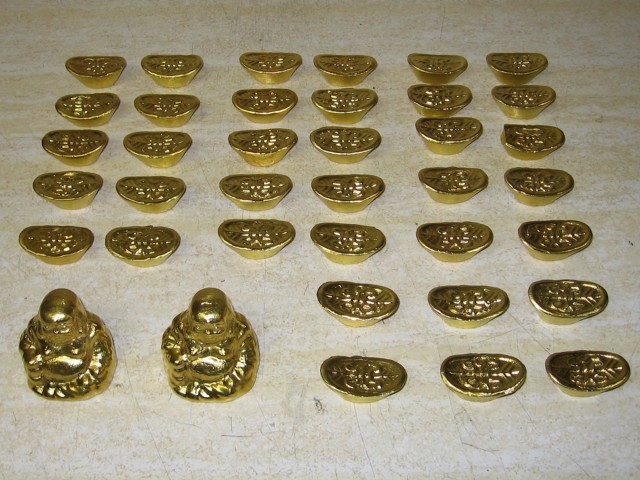 Richmond residents are being warned about worthless trinkets being sold as ancient Chinese treasures.

RCMP warn the public about a scheme that has resurfaced in Richmond since late February. It was last reported back in 2010.

In at least two cases, the suspect poses as a Chinese foreign construction worker who has allegedly uncovered a treasure trove of artifacts at a construction site. These artifacts are purported to be priceless gold ingots and gold figurines of Buddha.

The suspect tells the victim he is willing to sell the items to the victim at little cost.

"It is important to keep in mind that the suspect may be using a variation of this scenario to deceive his victims," said acting Cpl. Dennis Hwang in a release.

The victims are all Asian women in their late 40s or older and are specifically fluent in Mandarin. They are typically employed in the field of traditional Chinese medicine, such as acupuncturists and herbalists. Some victims have been defrauded of tens of thousands of dollars.

The suspect is an Asian male in his 30s and is a fluent Mandarin speaker. He may be working alone or accompanied by a second Asian male, roughly the same age.

“It is unfortunate for us to have to reiterate, but if a deal sounds too good to be true, it most likely is,” says Const. Janice Xia of the Richmond RCMP.