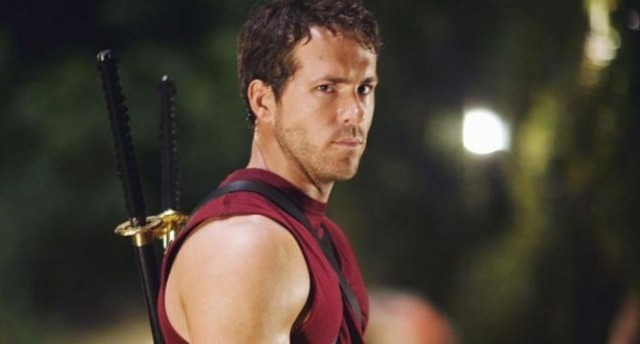 Superheroes and sci-fi adventurers are coming to the rescue of British Columbia's film and TV industry despite dire predictions that it was heading for an unhappy ending.

Business has bounced back without further government tax credits, even though some industry insiders said tax breaks were the only way to stop production from leaving the province.

Shooting for "Deadpool," the eighth instalment in the "X-Men" franchise starring Vancouver-born Ryan Reynolds, has begun and is expected to spend $37.5 million in B.C. and employ 1,100 people.

It's one in a string of Hollywood features shooting in the province, including "Star Trek 3" and "The B.F.G." (big friendly giant), Steven Spielberg's adaptation of the Roald Dahl children's book.

The productions, and many others, have prompted one industry insider to predict that 2015 will be one of B.C.'s most lucrative years ever.

Hawkins said the production is likely to remain around that level for the next four to five years.

Even so, spending in B.C. stayed more than twice that in Ontario through that period.

Since then, high-profile movies such as "Fifty Shades of Grey," in which Vancouver played Seattle, and Seth Rogen's "The Interview," were shot in B.C.

"That's the icing on the cake," Hawkins said, referring to the movies. "Our money here is made in television."

"Once Upon A Time," "Supernatural" and "Arrow" are among the 13 TV shows shot in the province. Hawkins said this year's pilot season — February through to April — also saw nine new shows that could become series.

B.C. gets the lion's share of foreign movie and TV production in Canada, with 59 per cent in 2013-2014. Ontario was next with 28 per cent, eight per cent went to Quebec and five per cent to Alberta.

Ontario film commissioner Donna Zuchlinski agreed with Brownsey that there is little competition between the two provinces because each does different kinds of projects.

The Canadian total for foreign location and service production — meaning anything not made by a Canadian production company — grew by almost five per cent to more than $1.8 billion in 2013-14, according to numbers compiled by the Canadian Media Production Association industry group.

Quebec, Ontario and B.C. all benefit from increasing visual effects work as it becomes more important in movies and television.

More than 30 feature projects in B.C. in 2012-2013 were exclusively visual effects work, including "Iron Man 3" and "Edge of Tomorrow," while visual effects for "The Host" and "Hunger Games: Catching Fire" contributed to Quebec production spending.