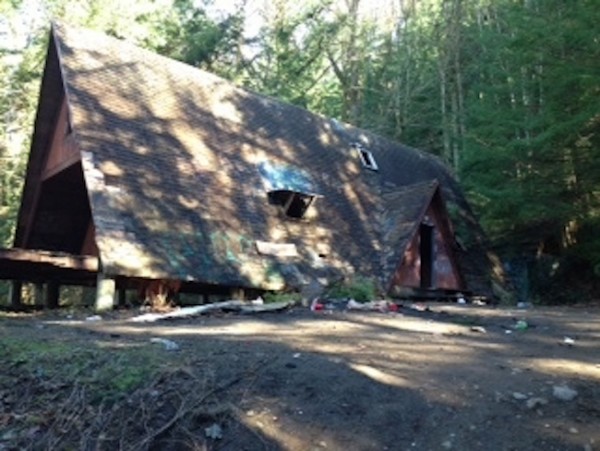 A helicopter had to be flown in to a remote part of Abbotsford Friday to help disperse the crowd at a massive party that also saw the window of a police cruiser smashed in.

It’s a miracle nobody was seriously hurt at the gathering, which was well underway at 10 p.m. in the Majuba Hill area of southeast Abbotsford., according to police spokesman Const. Ian MacDonald.

“To get to this area, which is a real mix of Crown land and private property, it’s a fairly rugged path,” MacDonald said. “If something happens that requires first responders to get there to help, it’s challenging, to say the least…You can imagine trying to get a BC Ambulance up there.”

MacDonald said residents in the area, which is close to the Canada-U.S. border, called police after noticing dozens of vehicles parked along the bottom of the hill.

Both Abbotsford police and Chilliwack RCMP responded, sending an Air 1 helicopter and about 25 officers to the site to break it up.

They found hundreds of youth in their mid-teens to early 20s partying at a run-down cabin, raising immediate concerns.

“Five hundred [people] was the estimate and that was at 10:30,” MacDonald said. “Word would have continued to spread through social media. I don’t think it would’ve been out of the ordinary that that thing could have had 1,000 to 1,500 people there.”

Other than some minor fights, everyone in attendance was fairly well behaved, according to one partygoer.

Despite the rear window of a police cruiser getting smashed, MacDonald said no arrests were made and no injuries were reported.