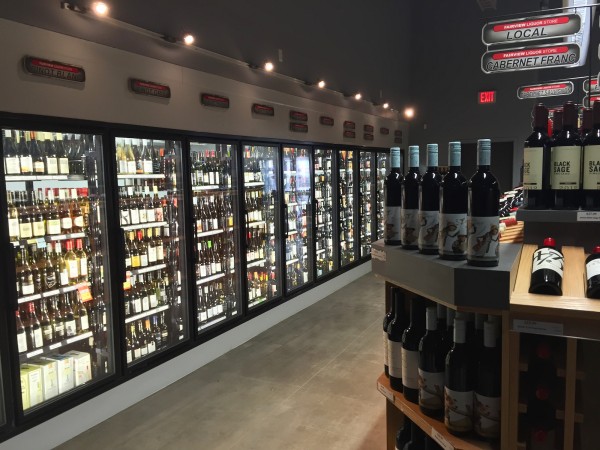 Secrecy by the B.C. Liquor Distribution Branch is causing some consternation among liquor producers in the Okanagan.

As part of B.C.'s liquor law reform, the province is in the process of setting new wholesale pricing for the industry and new retail pricing for B.C. liquor stores.

Feb. 13 was the deadline for producers to detail their base costs on which wholesale pricing would be set.

Wholesale pricing is being released on March 6, but B.C. liquor store prices won't be released until March 20.

Christine Coletta is the owner at Okanagan Crush Pad winery in Summerland. She wants to know why the government won't reveal the numbers early enough for producers to make changes in time for April 1.

"Most small wineries don't sell at B.C. Liquor stores, so we need to have some idea of what those prices are going to look like," she said. "You can't tell me they don't have that information, so what's the big secret? Why can't they share that information with us?"

Coletta said the bottom line is the potential increase to the cost of her wine.

"We're being told 'trust us, the intention is the prices will stay the same,'" she said. "But, in our business, 50 cents or a dollar can make a big difference."

Bill Eggert, owner and winemaker at Fairview Cellars winery in Oliver, said his concern is for the private liquor stores, where more of his wine is sold.

"In order to keep their promise that prices (for consumers) will be the same at the end, it forces them (B.C. liquor stores) to sell at a markup that is too low," he said. "Then they're operating at a loss and competing against private stores, which do not have the government to back them up."

The alternative is the government breaks its promise and ends up increasing the price of his wine.

"If the price goes up one penny from what it is now, all hell is going to break loose," he said.

A further problem for Eggert and Coletta is that the liquor board has told producers they can't make any changes to their prices until after April 1, when the new rules come into effect.

"You do have the ability to change that price, but it typically it takes a month to take effect," Coletta said.

"It doesn't do any good to worry until the wholesale prices come out March 6," he said in an interview. "The bad news would be if prices go up. We have margins that we have to maintain to stay alive, and maybe that will push people to Alberta or maybe they will just suck it up."

Randy Kowalchuk at Fairview Liquor in Penticton echoed Martin's comment. "We're in a holding pattern until March 6," he said.

Eggert said one effect he is seeing already is that restaurants are hesitating on purchasing until the pricing gets figured out.

"I have restaurants asking 'what am I going to be paying for a sauvignon blanc on April 2?' and I have to say I don't know," he said. "That uncertainty will put young wineries in a tough situation."

The provincial government announced the wholesale pricing scheme in November.

The initial plan was to apply a base mark-up of 89 per cent to the first $11.75 per litre of wine, and a second-tier mark-up of 67 per cent on the remainder.

In January, the second tier mark-up was reduced from 67 per cent to 27 per cent in an apparent effort to keep wholesale prices more consistent with what industry sees today.

“Our wholesale pricing model is not intended to increase government revenue or retail prices. Rather, the model is designed to generate approximately the same amount of government revenue from each product category as we receive today," Anton said in a release.

Revenue from liquor sales in B.C. contributes more than $1.2 billion toward the provincial economy.